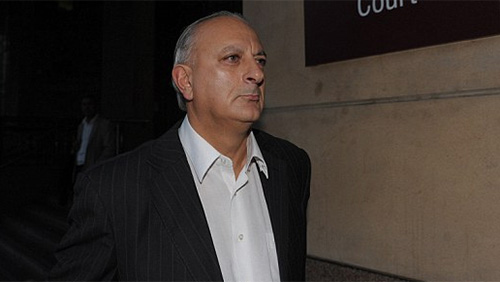 Bill Jordanou arrested over an alleged $100m fraud that has culminated in 142 charges that include perverting the court of justice.

Where do these guys get their money?

That’s a question that regularly runs through my head when I report on some of the biggest tournaments in the world, and it appears, in the case of the Australian Bill Jordanou, that sometimes the cash comes from a less that honest source.

The 55-year old has been arrested along with Robert Zaia, Scott Arthur, Frank Porcino and Wayne Collins, where the group face 142 charges, including perverting the court of justice, after allegedly ‘interfering’ with a witness.

Jordanou had been operating as the ‘financial advisor’ of the accountancy outfit: Zaia, Arthur & Associates, after they fell under investigation by the Victoria Police Extortion Squad, after the Commonwealth Bank uncovered that false documentation had been used to glean $100m from the bank over the past decade.

Prosecutor Luke Exelle told the Herald Sun that the case was a complex one that involved 40 incidents that took place 2004 – 2013, and have resulted in a prosecution summary that, at 250-pages long, looks like War & Peace.

It’s alleged that Jordanou withdrew funds using false client approvals, and invoices, before using them across various property developments, as well as keeping his luxury lifestyle at a premium.

Part of that lifestyle was playing in the highest poker games that Melbourne, Las Vegas and Macau had to offer. Jordanou is ranked number 41 in the Australian all-time money list with just under $600,000 in live tournament earnings.

In 2010, Jordanou came third in the Aussie Millions A$100,000 Challenge, earning $276,888 for finishing behind Phil Ivey and the eventual winner Dan Shak.

Amongst Jordanou’s charges include conspiring to defraud a number of major financial institutions, stealing a Mercedes Benz, and unsettling the witness Marc Stimer.

The Australian has been released on bail under the condition he will not ‘stalk’ any of the witnesses.

He is due to appear in court on September 17.