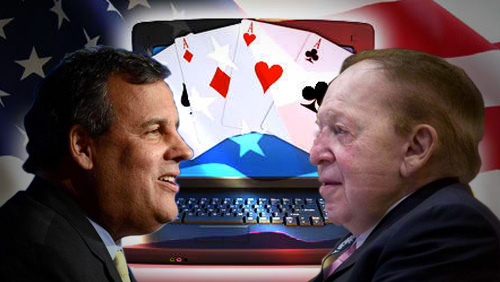 The news out of New Jersey hasn’t been stellar of late, and Chris Christie is taking the heat for it. He famously, or rather infamously, predicted last May that New Jersey would earn $180M a year from a 15% internet gambling tax. He ended up with only $12M, about 7% of what he expected. If Christie had understood basic economics, he wouldn’t have made such a prediction. But Christie doesn’t understand basic economics, just like most politicians and government bureaucrats who make their living interfering with the economy.

The first crucial thing to grasp about the gambling industry is that it is not productive on net, meaning it does not produce tangible wealth. Rather it is essentially consumptive of wealth. This is not to badmouth gambling, but just to explain the nature of the industry in that it is a consumer industry. Producer industries are farming, construction, technology, that sort of thing. It’s the same with the restaurant industry, supermarkets, and the entire entertainment industry. These are consumer services that consume wealth, not produce it. The only thing gambling produces on net is consumer satisfaction, which is not tangible wealth.

Understanding that, Christie’s woes stem from the fact that the only way a consumer entertainment industry can bring in net revenue to a given territory is by attracting foreign wealth from outside its jurisdiction. Otherwise you are only dealing with the same pot of money, and just dividing it differently between industries.

But who, besides a few people right across the New Jersey border, is going to physically go to New Jersey just so he can log on to Party Poker and play a hand? The point of online gaming (really, online anything) is that you don’t have to travel to do it. And if you’re traveling, you’re going for the casino experience, not to play poker on your iPhone.

Christie made the mistake of extrapolating his figures from Atlantic City, which gets much of its revenue from gamblers who are not New Jerseyans. But you can’t get foreign capital if you outlaw online gambling from outside your borders. Admittedly, to allow it would be politically impossible and render ineffective any other state ban on online gambling.

Compounding the issue is that credit card companies, fearing regulatory backlash, are refusing to allow gamers to pay companies via credit card. This just exacerbates the problem, but the nature of the gambling industry as a consumer industry taken together with the denial of consumer credit is reason enough why Christie overestimated by 1400%.

If, theoretically, online gaming were legalized in all 50 states, then there would still be no net addition to tangible wealth other than consumer satisfaction. What would happen is that the states with the best online gambling companies incorporated in their borders would receive the most players and therefore the most tax revenue. This would probably be Delaware, which has already legalized online gambling within its borders, and is among the leaders in the US for incorporated companies within its borders.

On the full legalization front, things are heating up. Caving in to Las Vegas Sands head Sheldon Adelson, the American Gaming Association withdrew support last week for legalizing online gaming nationally. Adelson argues that online gaming will corrupt society. He came out with this position on the same day that the pot, looking at the kettle, made international headlines by calling it black.

Adelson’s LVS makes most of its revenues in Macau, where online gambling is not currently licensed. I would guess that he feels that if he does not take a strong stand against online gambling now, Macau may legalize it, hurting his main source of revenue by competition.

Not surprisingly, allied with Adelson on this are Native American Casino operators, who also charge a monopoly price on their gaming services because they are not subject to any State law, only Federal law.

As the noise heats up surrounding online gaming, whether it be withdrawal of support or redoubled efforts to lobby Congress for a legalization bill, it is good news either way. More chatter means that people are moving. As the saying goes, don’t believe something until it is officially denied.

It will be interesting to see what happens with the iGaming push after the octogenarian sudden moralist and concerned citizen about the corruption of society Adelson leaves the scene. My guess is there will be a renewed major push toward full legalization.