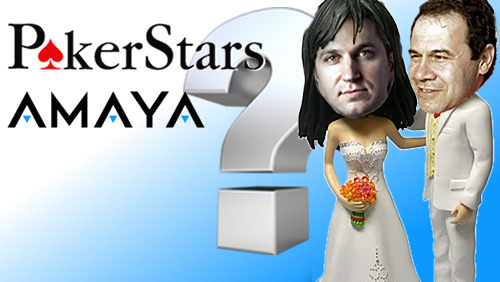 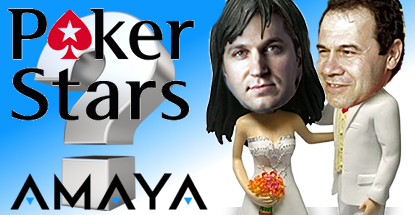 Is Canada’s Amaya Gaming Group about to merge with online poker giant PokerStars? Something is clearly going on behind the scenes, as Amaya’s stock shot up nearly 14% on Friday. The stock closed at $10.25 after finishing Monday’s trading at just $7.71, with Friday’s trading volume nearly five times the daily average over the preceding three months.

As unlikely as it may sound, sources have told CalvinAyre.com that an agreement is in place that would see Amaya assume ownership of the Isle of Man-based online poker colossus, thereby clearing the way for the Stars brand to return to regulated US markets.

On the face of it, the mechanics of the deal don’t seem feasible. Amaya is still nowhere close to paying off the flurry of acquisitions it made over the past couple years and before this week’s gains, Amaya’s market cap was hovering around $500m. Stars is privately held and thus its total value can only be guessed at, but its asking price would presumably be seriously out of Amaya’s budget. That is, unless some kind of reverse takeover is being planned, in which Amaya – which is already licensed to operate in New Jersey – would become Stars’ new corporate face.

While Stars settled its Black Friday civil charges with the US Department of Justice back in 2012 for a hefty $731m – again, more than Amaya’s recent market cap – criminal indictments are still hanging over the head of Stars founder Isai Scheinberg (another Canuck, for what it’s worth). Scheinberg’s unresolved legal woes were cited as justification for New Jersey’s decision in December to suspend Stars’ gaming license application for two years, but Stars spokesman Eric Hollreiser said at the time that the Division of Gaming Enforcement would “resume the review of our application if our circumstances change.”

CalvinAyre.com reached out to both Hollreiser and Amaya CEO David Baazov to confirm or deny the rumor but neither party chose to offer comment by the time this article was published. Of course, given that Amaya is a publicly traded company, financial watchdogs would frown on any public discussion ahead of any official filing. So… Smoke? Fire? Towering inferno?