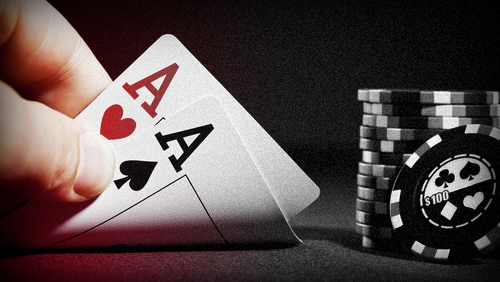 The World Series of Poker is less than a week from starting its 45th annual installment in Las Vegas. The name may be the same as that first gathering of old-school gamblers in 1970, but the thing the name describes couldn’t be further from it. The original WSOP has passed far enough back into history that it’s become the stuff of legend. Today’s Series, and indeed the game in general, exists under vastly different circumstances that make legends hard to come by.

Poker is a game with a powerful mystique drawing from its frontier roots, its popularity among rogues and scoundrels, and its outlaw status in many jurisdictions throughout the 20th century and into the 21st. That mystique informs the stories that the characters who have played the game over the years have told to anyone willing to quote them, stories that went on the record unchallenged in books like The Biggest Game In Town and Big Deal. Their personalities became as much a part of the legend as the games themselves, adding to the general air of mystery and intrigue that poker enjoyed in the culture at large.

Such mystique simply doesn’t exist at the WSOP anymore. The omnipresence of the internet and social media make it impossible for anyone to keep the kind of distance for the kind of time that it takes to build legendary characters in the way that poker’s legends were built. We know who wins and loses in tournaments, and in many cases we also know the results of big cash games. We write dozens of identical news stories on who’s winning and losing in them. We can collect hand histories from these games and pick them apart in detail. We dissect everything in forums, on blogs, on Twitter accounts. Given these circumstances, today’s poker pros, even if they’re better players than their predecessors, simply can’t compare with the old-timers. Too much of what they do is now on display to the world. That’s not an issue for those old-timers who have passed on, whose exploits will remain forever mysterious. With a few notable exceptions, nearly all of the players who were around for the earliest incarnations for the WSOP are gone now.

Two-time Main Event champion and 10-time bracelet winner Doyle Brunson is the one true legend we still have left. Even if he were to add another bracelet or two to his collection before he (hopefully no time soon) shuffles off to where the others have gone before him, the fact remains that Brunson’s status was cemented decades ago. He played in illegal games all across Texas, sometimes leaving games empty-handed at the business end of a gun, others working that gun himself to keep his hard-earned winnings. He was there when the World Series of Poker was founded. He made gigantic bets on his own golf matches and on professional sporting events alike. And he played in huge cash games with casino owners, ranchers, drug kingpins – whoever had the money to sit with a two-time world champion.

The unwritten gamblers’ code from the era when Brunson made his reputation means that we have no idea at all how much money he’s won or lost in his lifetime. Money is the only scoreboard we have in poker, but Texas Dolly has risen above it because of the legend that has grown up around him as one of the WSOP’s all-time greats. Today it’s nearly impossible for the world to be totally ignorant of whether a well-known player is winning or losing, meaning we view them in an entirely different frame of reference than we do the great man.

These days only a few special players have any real mystique to them, and even then it’s for entirely different reasons. Untold players are playing on a higher level today than anybody did in the 1970s. Tournament fields routinely reach figures that none of the old-timers would ever have imagined, making wins harder to come by than they used to be. And so overcoming the sheer odds of winning multiple tournaments becomes a calling card in and of itself.

Phil Hellmuth continues to pile up WSOP bracelets as he moves from his 40s into his 50s. With 13 to his credit now, plus an all-time high of 100 cashes, he’s one of the handful of players from previous generations who seem to be able to adjust to the rest of the world getting better with each passing year. With his WSOP Europe Main Event a few years ago to match his 1989 WSOP Main Event win, he set another record that’s unlikely to be matched anytime soon. As he gets older he seem to be transcending some of the pomposity of the poker boom years and letting his record do more of the talking (though never all of it).

Phil Ivey’s nine bracelets tie him with Johnny Moss on the all-time list. He won three bracelets in a single year right before the poker boom, and twice he’s been stopped just short of Main Event glory by an amateur. His personality has never lent itself to heavy media interaction, making him more distant than a lot of the camera-friendly pros and thus more mysterious. Throw in his unfathomable bankroll and regular play in the world’s biggest cash games, and it’s clear why Ivey intrigues so many fans and fellow players alike.

Both Ivey and Hellmuth come from a pre-poker-boom generation of players who were still closely in touch with the old-timers who built poker. Players who have hit the felt over the last 10 years or so have had different standards set for greatness. With fields large enough to make multiple wins harder to come by, and the large number of bracelet events watering down the value of any single win on its own, even winning two bracelets in a year isn’t really that rare anymore, now that there are 65 of them awarded in Las Vegas during the summer. Throw in the fact that the WSOP is just one tournament series among many and it’s easy to understand why few players carry the same kind of weight as the WSOP legends of yesteryear.

Tournament mystique today comes more from winning huge amounts of money, like Antonio Esfandiari and Sam Trickett have done in high-roller events the last few years, and that in turn is dependent on organizers continuing to put together these tournaments to satisfy those who simply can’t gamble high enough. For anyone else without the resources to get into these big games, the only hope for establishing a legend is to win early, win often, and continue to do so until the world takes notice. Other than that, the most a player can really hope for is to claim a share of what’s up for grabs. Everything else above that is bonus.

Today the stuff of legend is mostly the domain of cash-game-focused players like Tom Dwan and Viktor Blom. They play in games large enough that some of the game’s old-timers might even have found them a bit uncomfortable. They’re the kind of games that are more likely to be found online or in Macau than they are at the WSOP. In other words, it’s a very different game than it used to be.