Home / Poker / Confessions of a Poker Writer: Those Naked Koreans 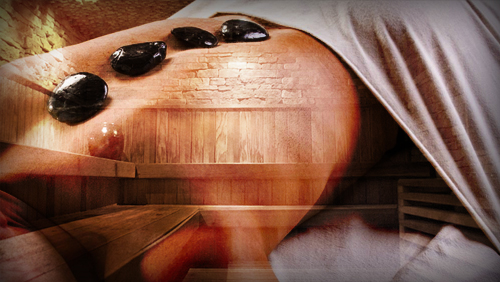 Lee Davy continues his confessions series with a story of nakedness from his time covering the World Series of Poker.

A fact I found out the hard way.

Last summer, my darling wife – who is incidentally Korean – asked me to accompany her to a Korean spa during a break at the World Series of Poker. What she failed to tell me was that I would only be accompanying her to the front door, because once inside you are separated by gender.

Now that was a surprise.

But it wasn’t the only one.

I was then told that it was a naked spa. That’s right. For reasons unbeknown to man, wearing a pair of swimming trunks, is deemed inappropriate in a Korean spa.

Suck the gut in, and poke the wedding tackle out.

It’s all about the cock, bollocks and ego.

When you are naked in a spa, surrounded by other men, there is nowhere to hide. Your manliness, or boyishness, is on inspection.

If it was to stand to attention, then it would look pretty big, and therefore mannish, but on the other hand, having an erection in a Korean Spa is not very advisable.

The very best you can do is to get a chubby. Not erect enough to give anybody the wrong impression, but juicy enough to allow you to prance around feeling pretty proud about yourself.

It’s dicey ground though. A chubby is only one stray thought away from an erection, so you really do have to be on your guard when it comes to the types of thoughts that invade your mind.

That’s tough when you have a mind like mine. If I told you some of the things my mind has done to Marge Simpson, you wouldn’t want to be my friend.

They say that size doesn’t matter.

Yes it fucking does.

I am led into the spa and my heart is beating ten to a dozen. My guide (it was my first time), explained that there were two areas in the spa. The first area was where I could get changed into my birthday suit. There were lockers, places to preen and luck pretty, and loungers where you could watch television.

“You don’t have to be naked in this area.” Said the guide.

There were two guys lying naked on the lounges watching the baseball on the television.

Put a towel over it for Christ sakes!

I was then shown the door into the amenities area. There was a sauna, steam room, Jacuzzi and lots of nakedness. Swimming trunks were about as welcome as an Englishman in Inverness.

The guy left me alone and I went off to find my locker.

There is a naked guy next to my locker.

I sat down on a bench that ran in between two sets of lockers. My locker was number 17 and it was at the exact height of the naked guys cock and balls. They were swingers as well. I remember the number because I stared at it for so long hoping the picture of the cock and balls would fall out of my mind. It didn’t work.

There was no way that I could open my locker without the door connecting with his balls. I decided to wait, assuming he would just move on, but he was talking to someone about a barbecue they were cooking later that night.

“Everyone loves a hot dog.” He bellowed down the phone.

He winked at me.

He just winked at me.

A few minutes passed, but it felt like a week. Eventually, the embarrassment of being the only clothed guy in the place became overwhelming. I was sticking out like a foreskin in a room full of Jews.

I would put my key in the locker, the hot dog man would realize his balls were in my face, and he would move out of the way.

I put the key in the locker – opened it as slowly as I could – and as steel pressed against straggly scrotum, he winked at me a second time. He didn’t move a muscle as my locker door brushed against his balls. They flopped. I can still see them now. They flopped over my locker. The whole thing was ridiculous.

He put his hand over the handset, looked down at me and said, “Men. Can’t live with them. Can’t live without them,” before carrying on with his conversation and dragging his man bits back over my locker door.

I so very nearly lifted them with my finger because I thought he was going to cut himself. Sometimes automation just gets the better of me.

I undressed quickly, put a towel around my waist and walked across the non-naked room that was full of naked men. Every single one of them eyed me. It was like that scene in American Werewolf in London when the dart misses the board.

Fortunately, when I got into the naked area there was nobody there except me. I threw my towel over a nearby rail and headed for the shower. All eyes on little Lee, and boy was it little. A bloodless zone.

I nearly shat myself.

“Yeah.” I said turning around to see a member of staff staring at me.

“Well you need 15-minutes in the Jacuzzi to loosen up the skin and I will call you when I’m ready.”

I stepped into the Jacuzzi.

There were no bubbles. Shit. How do you turn the bubbles on?

The water was crystal clear, and suddenly I was struck by my pose. My legs were apart as I leant back against the edge of the pool. Too revealing. I laid down on one side. Too provocative. If only I had bubbles, they wouldn’t be able to see a thing.

“Do you want the bubbles on?”

I turn around and there it was again. Mr. Hot Dog’s steel loving scrotum smack, bang in the middle of my face. I nearly jumped out of my own skin.

The bubbles stop bubbling. The water died down. Deathly silence. Just the two of us. Alone, naked, and nowhere to hide.

“Lee Davy…are you ready for your massage?”

“Have fun.” Said Mr. Hot Dog followed by another wink.

Did I just say love?

What the fuck is happening to me?