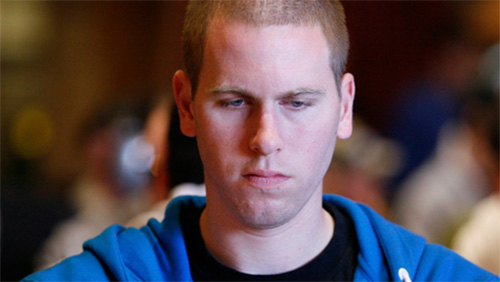 The former darling of the World Series of Poker (WSOP), Jeff Madsen, will be walking into the Rio All Suite Hotel & Casino full of beans after his victory at the HPT Californian State Poker Championship at the Commerce Casino.

According to reports on the HPT website, Madsen started the final table as the short stack, but used all of his cunning, skill and luck to move his way through the field until he was the only player remaining.

Madsen’s rise to prominence started when his AK out-flipped the QQ of Steve Ayoub to send the latter out in ninth, before sending Wes Nally to the rail in eighth after finding those pocket aces.

The $240 satellite qualifier Jasmin Oh departed in seventh place; Alex Greenblatt eliminated Brett Murray AJ>Q9, and Luther Quach 77>AK to take the action into four handed play; before the starting day chip leader, Doug Lee, was unfortunate to make it three way action when his pocket kings were cracked by the AT of Madsen who made a straight.

The dangerous Amit Makhija was eliminated in third place after his pocket sixes failed to hold against the AK of Greenblatt, and that set up a heads-up (HU) finale with Madsen holding a 3:1 chip lead and all of the experience.

That HU phase lasted all of 14-hands before the pair got it in with Madsen holding [Qh] [5h], and Greenblatt ahead with pocket tens, only for the multiple WSOP bracelet holder to river a heart flush to take the title and $3,000 HPT Championship package.