Home / Business / Is the cannibalisation debate over? 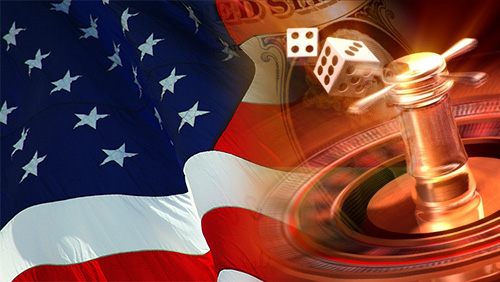 It’s a bit before my time but I gather that when the first baseball game was broadcast on radio on August 5, 1921, the team owners were outraged. They believed that KDKA, the country’s first commercial radio station, were starting a trend that would result in causing far fewer people to turn up to games in the flesh. As time has proved, that hasn’t quite been the case.

The earliest dependable records for Major League Baseball attendance figures begin in 1950 when the average attendance was 10,000 people. Ever since then there has been a steady increase in attendances to more than 30,000 per game in recent seasons. The New York Yankees, baseball’s wealthiest team brought in $471 million in revenue last year. At the other end of the scale the Tampa Bay Rays brought in a far from paltry $167 million. All of this goes to show that if your product is good enough then regardless of the innovations around it, interest will remain.

Amazingly some modern day land-based casino owners in the US are considering themselves to be in a similar situation to that which baseball team owners of the early 20th century thought they were in. They’re worried about the cannibalising effect that they believe online gambling will have on their business.

Regulated online gambling in the United States is certainly not perfect; some legislation still leaves a lot to be desired while revenues in the regulated states are far from overwhelming. However, one issue that can now be completely put to bed is that of cannibalisation.

As if it wasn’t enough that online gambling hadn’t had any major affect on land-based operations around the world including in Australia and the UK, iGaming’s detractors can now see it for themselves in an American context.

In the interests of providing a balanced view, you could argue that the state system makes the US a completely different market to other jurisdictions. Plus there may be cultural differences. Fortunately we’re now seeing that this isn’t the case. As many had expected there has been very little cannibalisation in the first few months of regulation in what you could consider the first real test for regulated US iGaming – New Jersey.

Among those that have been particularly vocal about this subject are a few big names that are particularly well placed to pass judgement. One is Keith Smith, president and CEO of Boyd Gaming who own the Borgata Casino in Atlantic City. Smith said via a press release in February that 85% of their online players had not played at the Borgata Casino in the past two years.

He added: “There is little overlap with our land-based business. Online gaming is growing our database, creating a long-term opportunity to market Borgata to an entirely new group of customers.”

Thomas Winter, vice president in charge of online gaming for Landry’s who own the Atlantic City Golden Nugget casino, revealed that he expected there to be slightly more crossover with the amount of new players making up 60% – 70% of online customers.

Outside of New Jersey, Pennsylvania has been an important battleground for the cannibalisation debate. This is due to the creation of a study investigating the potential effects of online gambling regulation in the Keystone state.

Speaking in front of the Pennsylvania House Democratic Policy Committee ahead of the publishing of the report a representative from Caesars Entertainment revealed that just 10% of online customers were already known to the company and not in their 40 million person database.

Since then the president of Econsult Solutions, Stephen Mullin, whose firm that assisted in the creation of the explained that he came to the same conclusion as many others before him.

“While there is a reasonable degree of uncertainty,” he said, “the available evidence suggests the net effect of iGaming would be to complement – and not cannibalise – existing land-based casino revenues in the state.”

“This may seem counter-intuitive, but it is important to remember that iGaming is in a lot of ways a different activity than casino gaming.”

Even the industry’s detractors seem to be laying off using cannibalisation as a reason to oppose iGaming regulation now and if that isn’t a sign that it’s no longer important then I don’t know what it.

Hopefully we need not count cannibalisation as a relevant issue. If only every other concern of anti-gambling campaigners could be put to bed in a similar manner then any potential harmful effects would be even less likely.