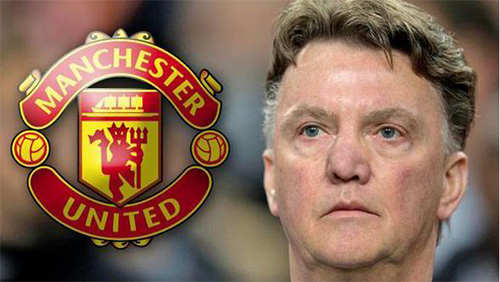 Louis van Gaal has been given a three-year deal to manage Manchester United and immediately appoints the Red Devils legend Ryan Giggs to act as his assistant.

The worse kept secret in football is finally out of the bag.

The Dutch national coach, Louis van Gaal, has been given a three-year contract to succeed David Moyes as manager of Manchester United, and he has already delighted United fans by hiring Ryan Giggs to work as his assistant.

The 62-year old, has won titles with Ajax, Barcelona, Bayern Munich and AZ Alkmaar, but he can’t handle the reigns of his new steed until the Dutch side are done with this summer’s World Cup in Brazil.

“This club has big ambitions; I too have big ambitions. Together I am sure we will make history,” Van Gaal told the Associated Press after his appointment was confirmed.

The United fans will be over the moon with the appointment of Ryan Giggs, as van Gaal’s number two, although there is still no word over the future of the rest of the Class of 92: Nicky Butt, Paul Scholes and Phil Neville.

“I am thrilled to have the chance to serve as assistant manager,” Giggs told the Associated Press, “Manchester United has been a huge part of my life and I’m delighted to be able to continue that relationship in such a key role.”

Giggs didn’t cast any light on his decision to remain as part of the playing staff, but at the age of 40, one would expect him to step down to concentrate on his new role with immediate effect.

United’s executive vice-chairman Ed Woodward is delighted with the appointment of the Dutchman: “His track record in winning leagues and cups across Europe throughout his career makes him the perfect choice for us.”

Not exactly the same voice of opinion that spewed forth after the appointment of David Moyes at the beginning of his catastrophic 10-months in charge.

Van Gaal is a man who can win trophies. He has won domestic league and cup competitions in Holland, Spain and Germany, as well as the UEFA Champions League and the UEFA Cup; but it’s going to be a tough ask to take United back to the perch that they once seemed so stable on.

Unlike the other major European leagues where one or two teams are capable of winning domestic silverware (three in Spain now thanks to Athletico Madrid’s rise to glory), the Premier League has five or six teams all capable of making a play at the title.

So is this Van Gaal’s biggest challenge?

It’s believed Van Gaal will be handed a transfer kitty of £200m and with most of the Bayern Munich squad being linked to a move to Old Trafford, it will be very interesting to see how the omission of Champions League football will affect his chances of attracting big names to the club.

Another point worth keeping an eye on is the position of club captain. That position falls open after Nemanja Vidic moved on to Inter Milan, and seemed destined to be stuck onto the lapel of Wayne Rooney, before the appointment of the Van Gaal, who recently appointed Robin van Persie as the captain of the Dutch national side.