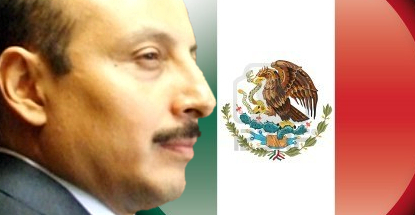 Federal authorities in Mexico closed two casinos in the city of Merida on Thursday, the latest moves to rein in the country’s somewhat shambolic gambling industry. The Yucatan Times reported that the Auditors Tax Administration (SAT) shut down the Golden Island and Casino Life establishments, ostensibly over irregularities in their tax reports. On May 5, Merida’s Circus casino was closed for working without a permit and failing to issue tax receipts. Three of Merida’s four remaining casinos have since closed voluntarily, leaving only Juega Juega to serve the city’s gambling needs.

Last month saw the closure of two-dozen other betting and slot machine halls in the northern part of the country, including the Playboy Club casino in Cancun, all of which were operated by Entretenimiento De Mexico (EMEX). SEGOB, the branch of Mexico’s Interior Ministry that oversees gaming issues, stated that EMEX had failed to legally establish its operations. SEGOB therefore revoked the permit EMEX was issued in 2005 by the government of former president Vicente Fox.

EMEX is headed by Juan Jose Rojas-Cardona (pictured), whom the Mexican media refer to as the ‘casino czar.” Rojas-Cardona has a colorful history, including a 1994 arrest in New Mexico when he was found with 17 pounds of marijuana in the trunk of his rental car. Rojas-Cardona skipped bail but the charges were later dismissed, leading to some speculation that Rojas-Cardona had become a federal informant. Rojas-Cardona has been accused of stealing and/or defrauding everyone from gaming device maker Aristocrat Technologies to Arizona’s Lac Vieux Desert Band of Indians and he was also the target of a failed assassination attempt in 2007 that killed his driver.

SEGOB’s action against EMEX was initiated last year but EMEX attempted to challenge the proceedings in court. Efforts to close casinos that either lack federal permits or flout their conditions have often been complicated by local judges, who issue injunctions authorizing the casinos’ activities.

Earlier this month, Mexico’s judiciary suspended three federal judges in the northeastern states of Nuevo Leon and Tamaulipas over allegedly improper actions they took to benefit casino owners. The Mexican media has fingered Rojas-Cardona as the alleged beneficiary of these judge’s rulings.

SEGOB’s recent actions represent the country’s latest attempts to get its gambling house in order. In October, Mexico issued a decree revoking the ability of casino permit holders to lease their concessions to other operators. The decree also reduced the lifespan of a casino permit from 40 years to 25 years. Mexico is in the process of updating its nearly seven-decade-old gambling laws to remove the ambiguities that have caused such turmoil. The new law, which could be finalized later this year, is also expected to address online gambling.