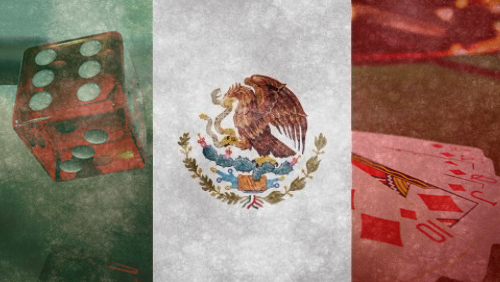 Its no secret that there is a lot of opportunity in Latin America for businesses, especially digital businesses and of course this includes online gambling.  When we discuss opportunities in Latin America at conferences or around the water cooler, we tend to focus on Brazil, or Panama or sometimes Columbia and Chile, but we rarely hear about the potential in Mexico.

What strikes me as most interesting about this region is that the opportunity is there right now, not “at some point” or “maybe later this year” as it is in Brazil and in 47 states in America, for example.  It seems to me that Mexico could be considered low hanging fruit for online gambling companies, in particular those that get there now before the rest discover the promise of the region.

What also strikes me as interesting is that it’s a challenge to obtain information about the online gambling market in Mexico using the usual online channels where our industry gets its news and information.  To an effort to gather some intelligence on the region, I spoke directly with the experts and this elite list includes Alfredo G. Lazcano Samano of Lazcano Samano, S.C., David Leppo of betmex.net, Vicenc Marti, Akamon Entertainment and Cristina Romero of Loyra Abogados.

Marti and Romero both made the point that Mexico should not be lumped in with a general “LatAm” strategy as it’s a country in itself and quite different from the other countries within Latin America.  Something that truly stands out about Mexico is that, as Romero puts it, “its absolutely the ‘door to the USA’ and, let’s not forget, is a part of the NAFTA agreement that may spur international investors and, who knows, agreements with USA and Canada operators in the future and even shared liquidity”.

Now that’s some interesting food for thought.  Aside from its proximity to the US, Mexico’s economy is getting stronger and its growing- as Leppo pointed out, there is no credit crunch, labor is cheap, they have natural resources and the list goes on.  According to eMarketer.com, the number of online consumers in Mexico will increase by 114% by 2018 to 18 million, a statistic that illuminates the massive potential that is developing in Mexico as we speak.

While we can see that the future is bright for the online gambling industry in Mexico, lets shift our focus to the lush opportunities in this region that are available for operators today.

1) The online gambling laws and regulations within Mexico are grey

To receive a Mexican license permitting online gambling services to Mexicans, online gambling operators must partner with Mexican companies who are able to receive an extension of their gambling license. Sports betting and “number raffles” are permitted in Mexico and according to Romero, “the term “number raffles” was very widely interpreted and it seems to include casino games (in fact, they have slots operating). Regarding poker, the issue is a bit more complicated but it seems also that an authorization may be sought”.

At the same time, there are plenty of online gambling operators regulated outside of Mexico that are offering their services to those who reside within the country.  Romero confirmed that this market is “enormous”.  However, she also confirmed that the SEGOB (Mexican competent authority for gaming supervision and licensing or the Dirección General de Juegos y Sorteos) has now said to be increasingly monitoring the “black market” and will enforce legislation “at some point”. “Rumour has it that they have even sent a ‘warning note’ to some of the most well known names in the industry to stop operations in Mexico”, she said.

A new law that will contain specific rules on online gambling is underway in Mexico, one that will replace the old Law on Games of Chance of 1947 and the 2004 Regulation.  Romero said the new law will mostly likely carve out regulation for online casino and poker, although “there will be the usual politicians who want to use gaming as a campaign tool claiming addiction and other ‘bigger bads’ in a very demagogic way”.

For online gambling operators looking to offer services to Mexico and the greater LatAm, setting up shop in Mexico is something to consider.  Mexico native Lazcano Samano recommends Mexico as a home base for an online gambling company because of its central location, the population’s familiarity with the English language, the government’s interest in promoting commercial activities and the fact that its an open market.

Leppo agrees that Mexico would be a good candidate for an HQ and made the points that labor is cheap and therefore payroll is low and that there are also no labor unions in the country.

3) Greenplay.mx is alive and thriving

Software provider IGT and Codere(plus a few powerful media partners) joined forces and launched the first “perfectly legal” online casino in Mexico, Greenplay.mx.  Marti described this relationship in a recent CalvinAyre.com post regarding the opportunities in Latin America, confirming that “this operation is live, generating significant revenues, perfectly legal and most of the industry is unaware of it”.

Were you aware of it? I wasn’t.

Similar to other emerging economies, not all Mexicans have personal computers or internet connections at home just yet, but they almost definitely have a smartphone.

Romero made an interesting point when she said that the population in Mexico is young and penetration of internet and smartphones is widening. “Mobile gaming and social gaming are the biggest things around at the moment, as some people do not have a computer at home but certainly have a smartphone and almost everybody is using one or more social networks”, she said.

5) Online gambling advertising is OK (for the time being)

At present, so long as they include minor protection and responsible gaming disclaimers, online gambling companies can advertise however and wherever they want in Mexico.  As a result, media groups are becoming very interested in the gaming industry as a source of revenues, according to Romero.

As you can see, Mexico is clearly not a black or white market, but there is undoubtedly plenty of opportunity available for online gambling companies right now.  Romero recommends that international operators looking to enter Mexico should find themselves a good adviser and they should also seek out a local partner and a lot of local intelligence because not everything is what it seems to be in this market.