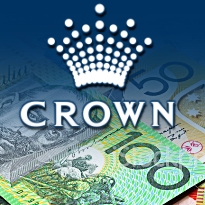 The casino has taken legal action against Zhao Li after an incredible gambling spree back in 2011 left Crown lighter in the pockets to the tune of AUD$6,895,632.

According to the Herald-Sun, Li, a Chinese national with a since abandoned home in Melbourne, went on a two-week gambling bender inside the Crown casino in Melbourne after getting a AUD 6 million credit facility months earlier.

In a little over four days, Li had already asked the casino to increase his debt limit to AUD 8 million. It took Li less than a week to ask for another debt limit increase, this time to AUD 10 million. Two days later, the casino once again raised the limit to AUD 13 million on the condition that Li fork over the money the same day.

Whether he paid up or not wasn’t made clear in court documents but Li was allowed to return to the casino the very next day where he again received credit amounting to AUD 8 million.

In the end, Li finished his extraordinary run on the tables neck deep in debt at almost AUD 7 million, an amount that Crown alleges the high-roller has yet to repay.

After over two years of repeated requests to settle his credit, Crown opted to have the issue settled in court. In addition to Li’s credit marker, Crown is seeking a further AUD 1 million in interest and costs.