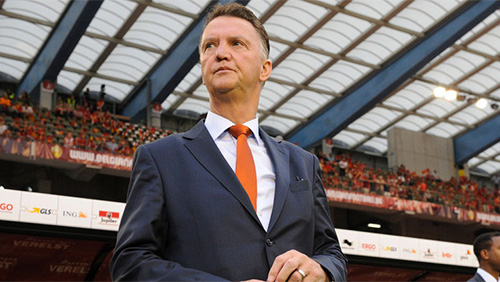 Louis van Gaal is all but confirmed as the next leader of Manchester United, but both parties have decided to hold off the announcement until the end of the Premier league season.

The betting is off.

Louis van Gaal will be the next manager of Manchester United.

That’s the news that has been blaring out of the radio speakers in the UK as the world’s biggest sports radio station, talkSPORT, declared that its sources have confirmed that a deal has been struck that will see the 62-year old Dutch national manger join United at the end of the World Cup.

The question now becomes whom he will bring with him and talkSPORT also confirmed that their sources state that the Old Trafford legend Ryan Giggs will retain a place on the coaching staff.

With Giggs in place what about the rest of the class of 92?

As a United fan its been a breath of fresh air to see Giggsy taking up his seat in the gaffer’s chair with the likes of Paul Scholes, Phil Neville and Nicky Butt by his side, but one is doubtful that will remain a picture for very long.

Not too many managers walk into a new club and inherit the old clan, and many people believe van Gaal will bring his Dutch national side assistant Patrick Kluivert with him, as well as his physio and goalkeeping coach.

Van Gaal has never managed in England before, but his title winning success with AZ Alkmaar (2008/09) gives United fans hope that he can hit the ground running when he finally arrives at Old Trafford after a few weeks bathing in the Rio limelight.

It’s sad that I have to mention United in the same breath as AZ, and not his other former clubs Bayern Munich and Barcelona, but that’s the kind of fall from grace that Sir Alex Ferguson, David Moyes and the squad have conspired to create in the past 12-months.

Van Gaal will walk straight into a £200m transfer kitty and rumors are abound that the likes of Luke Shaw, Toni Kroos and Marco Reus are all heading to the wet and rainy city.

Only time will tell if the power of the UK’s biggest club, and the legacy of van Gaal, will be enough to lure the best players in the world to a club who can’t even offer them European football next season.