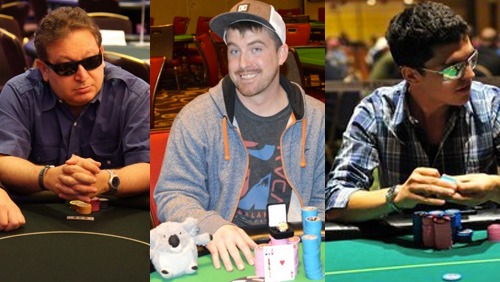 World Series of Poker Circuit (WSOPC) round up sees Sean Jazayeri crossing off ‘must win a WSOPC gold ring’ from his bucket list; Tim Campbell winning his second ring of the year, and Valentin Vornicu winning ring number four.

A smattering of news from the WSOPC events at Harrah’s in Philadelphia and the Lodge Casino in Black Hawk, Colorado.

Firstly, it’s congratulations to Valentin Vornicu, who despite being a part-time player who only plays around five WSOPC events a year, has become the 13th player to win four WSOPC gold rings after victory in Black Hawk.

When he is not creating WSOPC history, Vornicu can be found teaching math to children in San Diego, including a summer camp for kids who want to participate in the Unites States Mathematical Olympiad.

Vornicu has made nine WSOPC final tables in his career, and told WSOP officials that he has been involved in an all-in hand in the first hand of every one of those final tables.

World Poker Tour (WPT) Champions Club member, Sean Jazayeri, has crossed another item off his bucket list after achieving victory in the final event of the WSOPC series at Harrah’s Philadelphia.

It wasn’t the biggest event Jazayeri have ever played in, but none of that will matter to a man who just loves playing his poker.

“Getting a ring has been on my bucket list and now I can cross it off,” said Sean Jazayeri after winning this event and $8,370. “Having a ring is an honor. I feel gratified to have won it.”

Tim Campbell Picks Up Ring No.2

Tim Campbell has picked up his second WSOPC ring, and the largest score of his career, after topping Event #4 $365 NLHE at Black Hawk, Colorado.

Campbell survived a field of 212-entrants to take home a first prize of $15,900, after winning his first gold ring earlier this season with victory at Harrah’s Rincon in San Diego.

His victory takes his total live tournament earnings just under $100,000, and guarantees him a spot in the WSOP National Championships in Bally’s.