Home / Poker / Are HUDs Legal in New Jersey? Do What You Want Says WSOP 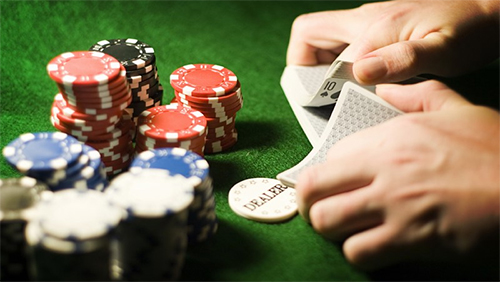 Lee Davy questions the sensibility of allowing the use of Heads Up Displays (HUDs) in New Jersey and asks if the American online poker market is learning from the mistakes of the rest of the world?

What can the Americans learn from the European online poker marketplace?

That’s the beauty of being held back whilst your competition thrives. At least you get to take a look at all the mistakes that they make and then create a product that omits them from the process.

Or so you would think.

Pokerfuse have done an excellent job of reporting on the use of hand tracking software in the state of New Jersey in recent weeks. They broke the news that the four major online poker rooms in New Jersey had started saving hand histories on their databases, and the likes of Hold’em Manager (HEM) and PokerTracker (PT) moved in to start offering support for its software.

Online poker players who spend their time on WSOP.com, 888poker, PartyPoker or the Borgata can now do so with the use of a Heads Up Display (HUD) courtesy of either HEM or PT.

This is an interesting development considering the mass of confusion that existed in this area when news first broke of the return to online poker in the United States. From what I can tell the rules around this are very grey, and that shade of color doesn’t seem to be one that scares industries involved in the world of gambling.

Bill Rini, Head of Poker at WSOP, responded to a public customer query on the use of HUDs by saying, “I asked our compliance team about HUDs. They said there was nothing in the regulations about HUDs,” before continuing, “I asked them to ask the [New Jersey Division of Gaming Enforcement] to clarify. They got back to us to tell us that they were not making a decision on the matter at this time. We interpreted that to mean that HUDs were allowed and so we made hand histories available.”

And the best bit…

“We’re not going to endorse using them. We’re also not banning them. Basically, we’re giving the same direction that we have from the DGE. They’re not addressed in the regs,”

So the dragon has well and truly been released and soon the recreational players will feel the heat from those that are using specially tailored software that will enable them to seek them out and destroy.

And here was me thinking the American online poker industry was actually paying attention to what was happening to the industry in the rest of the world?

It’s not a thriving marketplace at the moment, and the poker industry as highlighted a flaw in the retention and attraction of recreational poker players.

With this in mind all of the big sites are making changes to their software to enable the online poker environment to be a healthier breeding ground for the recreational players.

They have realized that their bread and butter is of a recreational taste and not professional. Some outfits have decided to ban the use of HUDs altogether, whilst others have decided to allow them to be used but made other changes to their software to make it more difficult for professional players to exploit the weak.

Is the American online poker network going to turn into the Ouroboros and start eating itself?

So far only New Jersey has allowed people to use HUDs, with no movement in Nevada and Delaware.

It will be interesting to see how this develops and if the lessons of the rest of the world will be taken on board or ignored.