Home / Business / Is opposing the UK government on POCT a bad idea? 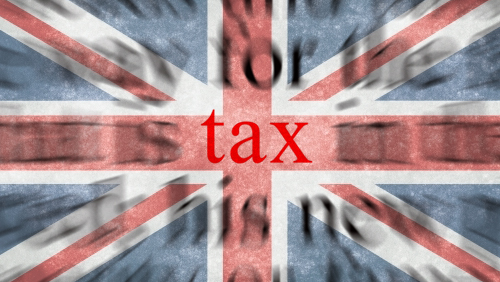 There are several reasons that can be picked for either side of the Point of Consumption Tax debate.

For the UK government it must have been incredibly frustrating for so much revenue (reportedly around £250m per year) to pass from their shores while they saw none of it and for that reason the POCT makes sense.

Where UK-facing operators have found fault with the system is with the rate that has been set by the UK government. At 15% it’s more than operators who had previously been based in offshore jurisdictions are used to contending with. In turn this will lead to profit margins being drastically reduced and costs having to be cut elsewhere.

As Global Betting and Gaming Consultants’ founder Warwick Bartlett pointed out in a recent blog post, any time that changes are made to the taxation of an activity they are almost always going to heavily in favour of the government. That is certainly the case with the POCT tax due to come into force on December 1.

One hopefully unintentional effect of the tax will be that it will make life much harder for the smaller operators currently working within the UK market. With no economies of scale to fall back on and smaller customer bases from which they will be receiving a reduced profit, we’re likely to see several smaller operators turn their back on the UK or even cease to exist.

William Hill CEO Ralph Topping suggested as much when addressing the stock market by saying words to the effect that the weaker opposition will drop out of the market and that Hills will then be fine again in a less profitable market but with less competition.

Despite this, the big hitters, or stronger operators as Mr Topping might refer to them, are less than pleased with the changes being made to the UK market. But should those that have interests elsewhere, particularly in the US, think about the bigger picture and avoid appearing as troublemakers?

In February a collection of Gibraltar-based online gaming operators collaborated as a part of the Gibraltar Betting and Gaming Association to create what was described by the Independent as a ‘fighting fund’. This fund initially consisted of £500,000 which will presumably be used to pay for lawyers should the operators in question continue go through with the threat of mounting a challenge to the reform under EU law.

William Hill has been among the more vocal companies that have spoken out against the POCT with Topping promising to fight the tax on several occasions in the past few years. Sitting alongside Hills as members of the GBGA are 888, bwin.party, Betfair, IGT, Ladbrokes and many others.

The basis of the argument against the POCT is simply that the changes are unlawful according to EU, national and international law while the proposals also violate the European Charter of Human Rights and discriminate against non-UK entities.

In more manageable terms there are also concerns that the new tax will breathe new life into an unregulated UK-facing black/grey market. It’s also been suggested that the licensing could end up being ineffective and that there is no evidence that the reforms will provide the end users with increased safety or a better experience.

In the interest of full disclosure, this question and the ensuing article was actually inspired by a Joe Brennan Jr tweet which read “Short-sighted: 888, Bwin, etc., to challenge UK iGaming tax – Sends the wrong message to US lawmakers & regulators”.

If someone in Brennan Jr’s position, who has spent years dealing with the lawmakers and regulators he speaks of, is concerned over the message that a judicial review will send then the operators should certainly be taking it into consideration.

The problem will be that US state regulators are expected to be desperately keen for their legislation processes to proceed smoothly. So when they look at the companies that apply for licenses they’re not going to be too enamoured by those which are taking regulators of other jurisdictions that they work with to court. Online gambling is a particularly contentious issue in the US and if a regulator thinks that a specific company might cause them trouble or take them to task over their legislation the likelihood is that they’re going to want to avoid them.

For the operators themselves it may well be that it’s simply a case of identifying which market presents the most opportunity for each company in question. For the likes of Hills and Ladbrokes who have large land-based presences and heavily rely on their brand to draw in customers online, leaving the UK is unconceivable. But for slightly more international companies that don’t rely on the UK market quite so heavily, say 888 and bwin.party, losing some profitability in the UK may be worthwhile if it means they’ll get an easier ride in the US.

Given that it was suggested by David Clifton posting on SBC News that a judicial review may not be possible until the current changes are actually in place. If this is to be the case then operators have the immediate future to think about how they as a company want to act on this – and those interested in increasing their stake in the US better think carefully.