March was a pretty important month for many online and offline UK gambling companies. The budget provided benefits to bingo operators while bookmakers are preparing to take a hit on their B2 Gaming Machines. 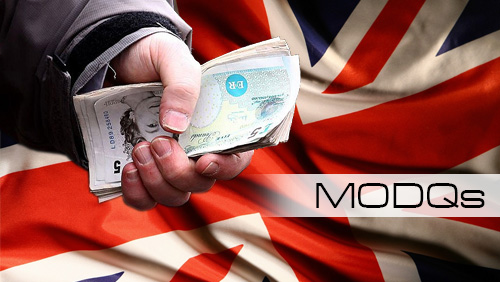 In the online sector the progress made in introducing the Point of Consumption Tax meant that the landscape is set to drastically change. Regardless of the vertical, having to pay a 15% tax on UK revenue will hit every operator hard.

Global Betting and Gaming Consultant’s chief executive Warwick Bartlett wrote an interesting piece on the implications of this new tax for operators and he estimated that had the tax have been implemented recently that both Ladbrokes and Coral would have failed to make a profit.

Unfortunately for Ladbrokes and Coral this look back may prove to be a good indication of their future. Given that just under 45% of Ladbrokes’ digital revenue came from sportsbook in 2013 and a similar amount at Gala Coral, it’s going to be important for companies to make their digital sports betting operations profitable.

Unlike casino, poker and bingo where percentages can be tweaked it seems like a tough task to figure out where extra profits are going to come from for bookmakers. The obvious answer would be to change the odds, but given the potential pitfalls of that strategy, is it even worth considering?

Speaking last week about the effect that the point of consumption tax will have for UK-facing operators, Deloitte’s betting and gaming lead Simon Oaten explained that won’t be easy as it will be online bookmakers who have the toughest task to survive.

He said: “It’s going to be difficult for operators in the sports betting environment to adjust price too much because there are operators that already pay this level of tax and are offering similar prices online.”

In a sector where value is a primary factor in the acquisition of many potential customers, being able to offer improved odds would be a simple move to increase profit. Unfortunately that clearly isn’t going to be a viable option.

GBGC’s Bartlett voiced a similar opinion, but applied it to all sectors, by saying: “I have completely discounted the idea of building bigger margin into the offer to the customers. The Internet is ultra competitive, it will not happen. Well, not in the interim period anyway.”

It could be argued that given the uniformity of payout percentages across casinos due to the use of a small number of software providers that this isn’t necessarily going to be the case in this sector. However bookmakers are free to set their own odds.

In order for a similar situation to work in sports betting all operators would need to agree to increase their prices and that’s far from feasible.

As alluded to above it’s an obvious conclusion to say that increasing the odds simply isn’t a viable option. However, speaking last week Deloitte’s Simon Oaten raised an interesting point regarding two of the most rapidly growing areas of sports betting at the moment.

He said: “It’s not all doom and gloom for sports betting companies. In mobile and bet in-play activity there is less price sensitivity so there will be opportunities there for margin to be increased to account for point of consumption tax.”

Focusing on in-play, the speed at which bets are placed means that this statement should ring true. Once customers have an account they have the ability to place several bets within a small time period and the ninety-minute nature of football – the most popular sport for in-play betting – encourages this.

Gambling Data estimated that in-play betting was the main driver between the 50% growth in online sports betting between 2009 and 2011 and while that growth rate may have slowed since, in-play continues to be a huge part of the vertical.

When it comes to mobile, bets aren’t necessarily placed in such rapid succession but the size of this market has the potential to be simply staggering. At the end of last year Juniper Research predicted that more than 164 million will be gambling on their mobile phones in 2018.

While the majority of this growth was expected to come from the US market you can bet that the UK market won’t exactly be shrinking. Given the smaller screen size users are less inclined to ‘shop around’ meaning that the operators who are able to acquire customers are likely to see a higher level of loyalty than may have previously been experienced.

On the face of it, implementing higher odds seems like a sure-fire way to lose customers to your competitors. However the lower importance of odds on in-play and mobile betting coupled with the growing importance of these two areas within the industry mean that it may not be quite as outrageous as first thought.