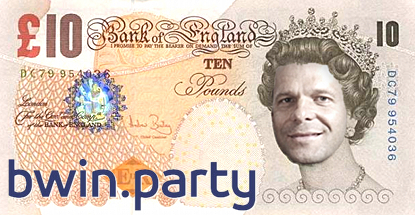 Top execs at UK-listed online gambling operator Bwin.party digital entertainment brought new meaning to the phrase ‘March Madness’ with the implementation of their new bonus plans on March 31. The controversial bonus plans were deemed necessary because the company’s share price had fallen so precipitously that the existing benchmarks for judging how much to top up the execs’ annual pay packets were hopelessly out of reach. The plans were approved in February over the objections of nearly a third of Bwin.party shareholders, who felt the company had no business moving the goalposts to reward execs when the company’s market cap had shrunk nearly 40% on their watch.

In other Bwin.party news, the company has inked a content deal with Williams Interactive, the online offshoot of WMS Industries (now owned by Scientific Games Corp.). The deal will see Williams Interactive integrate its Remote Game Server into the Bwin.party platform, allowing players in Europe and New Jersey to access Williams’ full range of slots titles and casino game engines via desktop, smartphone and tablet devices. Williams Interactive recently struck a similar deal with Gamesys in New Jersey, marking the company’s inaugural foray into the regulated US online gambling market.

In Europe, Bwin.party is looking to consolidate its online poker offerings in France and Italy by shifting off the Ongame network and onto the PartyPoker platform. Bwin.party sold Ongame to the Amaya Gaming Group in 2012 and migrated its dot-com businesses to PartyPoker, but regional markets remained on Ongame. A company rep told Pokerfuse that the Bwin.fr site will shift to the PartyPoker network this quarter, where it will share liquidity with PMU.fr and ACFPoker. Similar moves are afoot for Bwin.party’s three Italian-facing brands, although no firm date has been set for the transition to PartyPoker.it.