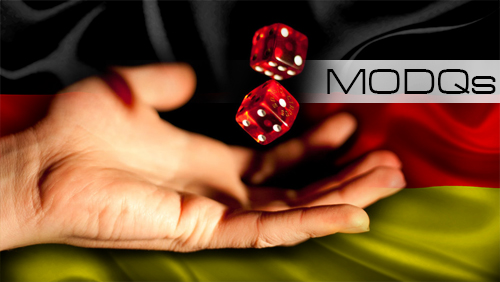 In a time where regulation is very much a hot topic, the different ways in which jurisdictions are laying regulatory foundations, and just as importantly enforcing them, is a big topic.

Alderney Gambling Commission’s head of eCommerce development Robin Le Prevost revealed at the International Casino Exhibition that his organisation were more than happy to share their information with jurisdictions with considerably less experience in regulating iGaming. Alderney isn’t alone in this respect and the sharing of information across regulators is something that should be encouraged and will surely prove to be beneficial to all involved.

While there are few downsides to this open approach to building and enforcing legislation, we must hope that there aren’t any jurisdictions out there listening to the German regulators.

It would be something of an understatement to say that the Interstate Treaty on Gambling, which came into effect in the European country on July 1, 2012, has not had its desired effect. The Treaty has had such a negative effect on the country’s market that it was even the subject of a Symposium held earlier this month by The Gambling Research Centre at the University of Hohenheim.

The Research Centre’s own studies concluded that the number of online gambling operators offering services to the country with the necessary license had increased rapidly since the Treaty’s introduction and looked set to continue rising. A press release on the subject included figures saying that the amount wagered in 2012 were almost twice as much as they were in 2006.

The increase is no surprise and is reflective of the global online gambling market. However, the Research Centre’s belief that this has been fuelled by wagering at illegal operators is a worry. According to the Research Centre a “vacuum for illegal transactions” has emerged in the last two years since the Treaty came into effect.

The Research Centre at Hohenheim certainly isn’t alone in their concern over the German iGaming market. The European Gaming and Betting Association (EGBA) voiced their concern last year by saying that the lack of interest by operators shows “just how problematic the chosen regulatory model is” while the European Commission voiced concerns about the Treaty prior to its launch.

The legislation was selected by federal state leaders and is vague with regards to the licensing process. Maarten Haijer, general secretary of the EGBA said last year that many questions remain unanswered and that there were disadvantages for everyone involved.

In a damming conclusion, he added: “Germany is a prime example of how a political compromise that no one wishes to disavow can create a very poor procedure. For our members the German approach is simply incomprehensible”.

As well as poor legislation, speaking following the Symposium at the University of Hohenheim, Professor Tilman Becker explained that the failure to enforce the laws was compounding the country’s problems.

“Existing regulations are not prosecuted. The regulation itself is not the problem, but the missing prosecution,” he said.

Unsurprisingly, Germany is the lone user of this type of regulation within Europe and for the sake of operators we have to hope that this stays the same.

Fortunately, within the country the attention that has now been afforded to the weak legislation and lack of prosecution does appear to be having an affect. And while Professor Becker admits that things might be looking slightly more positive now there’s still a long way to go.

He added: “The concerns raised by the European Court of Justice have been taken into account in the new regulation.”

Looking at the issue from a more general standpoint, although unlikely, imitation of the German regulatory system would be a disaster for any market.

When considering the largest market on the road to regulation – the United States – we should be fairly confident that they’ll be taking a stricter approach. The large statements made by the DOJ that have come in the form of indictments, shut downs and court cases would suggest that regulators in the United States won’t fail to enforce any regulation that they come up with.

As if they weren’t inclined enough already to do so they need just look at Germany to see the problems that can arise if a blind eye is turned.