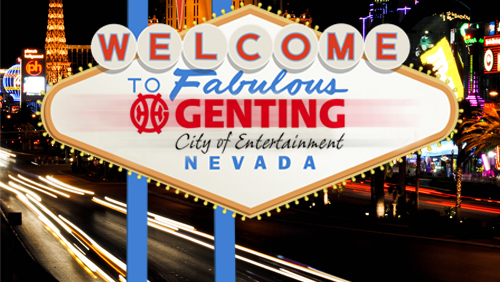 Technically, Genting’s plan to turn the Las Vegas Strip upside its head is still years away from getting completed.

But as early as now, plans are already underway to build the massive Resorts World Las Vegas on the 87-acre land of the old and unfinished Echelon development site. Genting reps and officials from Nevada are confident that construction of the massive 3,500-room, Asia-themed resort and casino complex will begin this year as scheduled.

Governor Brian Sandoval voiced his confidence that the project is moving forward even when tangible developments to the site haven’t been since last year’s announcement. But there have been some significant progress made; it’s just that Resorts World has chosen to do it out of the public eye, opting to keep the final planning before construction officially begins.

“By the next anniversary, the site will look much different,” project spokesman Stefan Friedman told the Review Journal. “We really have been flying under the radar.”

Turns out, this slow and steady approach Genting is using for Resorts World Las Vegas was a premeditated decision, grounded on the belief that being thoughtful and meticulous about the development will lead to a more stream-lined construction process without taking shortcuts and making any compromises. If anything, it’s a far different outlook from the previous owners of the property, who was forced to abandon its Echelon project when the recession essentially halted any new developments in Las Vegas. Boyd Gaming, the company that was building Echelon before it was abandoned eventually sold the site to Genting for $350 million.

With the site now having a new lease on life with an owner that appears to have bottomless pockets, that enormous eyesore in the Las Vegas Strip will finally give way to a ridiculously opulent mega-resort many believe will put the Strip back on the freakin’ map. Sounds like a sweet proposition for a city that badly needs one.

And if anything, it really looks like Genting is putting in the work, not to mention the time and patience to see through the project and ensure that no stones are left unturned before construction begins. Even the company’s top official, the previously Miami-based Senior Vice President of Development Christian Goode packed his bags and left South Beach for the West Coast just so he could be near to oversee the development. That’s commitment with a capital ‘C’.

There’s still that issue of acquiring a casino license in Nevada, but Gaming Control Board Chairman A.G. Burnett admitted that it was of paramount importance to do the company’s suitability hearing as soon as possible, with an eye towards holding it in May or June this year.

Although Genting’s license does sound more and more like a formality than anything else, it still goes in line with the company’s methodical approach of covering all its bases before rolling up its sleeves to begin the dirty work.