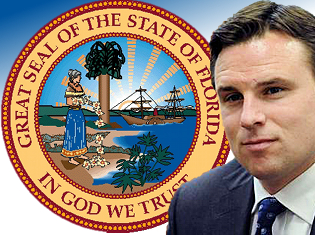 Florida’s on-again, off-again casino expansion fight got a little more on and off this week. On Monday, state Senate gaming committee chairman Garrett Richter said he’d introduce legislation next week that would permit a maximum of two resort casinos in Broward and Miami-Dade counties. On Friday, Richter said the first draft of his legislation wouldn’t be ready by the committee’s Feb. 17 meeting, but he now expects to publish the bill on Feb. 24 and the committee will discuss it during the week of March 3.

The week also brought an about-face from the leader of the state’s House of Representatives. Last month, House speaker Will Weatherford (pictured) had said gambling expansion wasn’t a priority for the state’s upcoming 60-day legislative session that starts March 4. This week, Weatherford told the Miami Herald he would support Richter’s idea of a limited expansion in the two southern counties. Florida’s House has traditionally acted as the roadblock to gaming expansion in the state, and since Weatherford has the responsibility of prioritizing which bills the House decides to debate, his flip-flop represents a significant shift.

But Weatherford had two conditions for the proposal to go forward. First, the state’s voters would have to approve a constitutional amendment when they go to the polls this November, which would require any future gaming expansion to garner 60% approval via a regional referendum. Second, Gov. Rick Scott would have to negotiate a new gaming compact with the state’s Seminole tribe, which currently holds a monopoly on house-banked card games like blackjack and baccarat. The monopoly portion of the compact is due to expire in July 2015, but Weatherford wants Scott to work out a new deal with the tribe this year so the expansion plans can go forward.

Seminole attorney Barry Richard told the Herald that Scott’s office has yet to approach the tribe about a new compact. Scott is currently acting as the rope in a lobbying tug of war, with the Seminoles having given his reelection campaign a $500k check while Las Vegas Sands chairman Sheldon Adelson has personally given Scott $250k, all within the last six months. Given the scale of the lobbying largesse, Scott would appear to have little incentive to resolve this issue until the last possible second. A Scott spokesman said the governor would “take the time needed to get the best deal for Floridians.” He could have added “and for himself” but that would have been redundant.