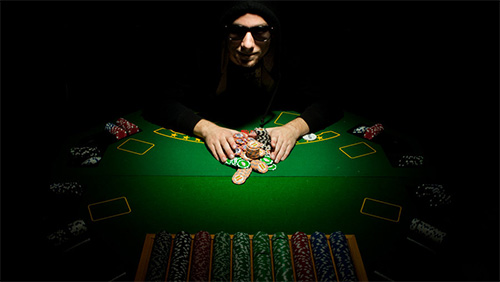 I remember the contest for two reasons.

The first was the sheer absurdity of watching three of the greatest components of this type of tournament playing for $2.7m in prize money tucked away in a corner of the card room as everyone else watched the Main Event.

The second reason I remember this event was Daniel Negreanu’s refusal to take a three-way chop. The Canadian had most of the chips at the time and he told the Germans that he never chops because he doesn’t wish to offend anyone at the table when it comes to the question of when to discuss a chop.

My first judgment was to cast Negreanu as the villain – someone who had a very large ego, and was not being totally honest with the truth. I have since changed my mind. I wish more people stood by their guns and refused to accept deals.

Negreanu finished in second place for €598,600 and we will never know if he would have gotten more money if the deal had gone through, but that decision upheld the integrity of the game, and it pushed all three players to the top of their ability until the very last card was played.

It was well worth watching I can tell you.

It’s 15th Nov 2011, and I am watching the final three players trying to broker a deal in the €4,400 EPT Loutraki Main Event. The main man pushing the deal is the Grecian Joannis Taramas. He is up against Zimnan Ziyard and Hauke Heseding and he knows that he is the weakest player at the table. He is trying desperately to get a few more coins out of the deal before he is likely eliminated in third spot.

After much bartering the trio decide to play on without a deal. The reason a deal could not be struck is because the local Grecian casino law prevents them from paying out anything other than the scheduled payouts. This means the only way a deal can be made is if these three strangers can be trusted to wire hundreds of thousands of euros between bank accounts once everyone has gone home.

This is poker…nobody should trust anyone…the deal does not go ahead and the action is some of the best I have seen in the latter stages of a high profile tournament.

Unless there is a regulatory issue, such as the one above, it’s the players who have control when it comes to the decision to make a deal or not. If this is what the players want then nothing can prevent this from happening.

When the EPT made the decision to make deal making public I applauded the idea. The view that transparency was better for the industry was one I understood, and I also enjoyed the negotiations from an entertainment standpoint. The back and fore discussions between Mohsin Charania and Lucille Cailly during the 2012 EPT Grand Final in Monte Carlo was groundbreaking.

Now I am not so sure.

The recent A$25,000 Challenge at the Aussie Millions descended into chaos after the final five players agreed to a division of the profits by ICM calculations.

According to the PokerNews live reporting blog, no sooner had Dan Shak been eliminated in sixth place, Jason Mercier asked the other four players if they were interested in a deal. At first the interest was minimal, then Scott Seiver ran some numbers and moods changed.

Before long the only person who had not agreed a deal was Max Altergott (who incidentally would have received the less money). A few Chinese burns later and Altergott had also agreed for a split. Social proof almost always wins the race in these things.

The tournament was effectively dead.

In the PokerNews live reporting blog the reporter wrote in the Level 18 write up:

“There were no notable hands in this five hand orbit.”

There were no notable hands once Mercier had convinced everyone that a deal made sense, let alone this one level.

In a move that you will rarely see in the biggest tournaments in the world, the quintet decided to leave nothing to play for except for a trophy that will probably never leave the Crown Casino.

In a bid to get things over and done with as soon as possible the players decided to take matters into their own hands and increase the blind levels at a much faster rate than scheduled.

“*Crown Casino does not facilitate chops.”

Let’s be honest here. The Crown Casino lost a grip on this contest as soon as Dan Shak was eliminated, and that’s not a good thing for poker.

Altergott went on to win the event despite gaining the smallest share of the prizepool. Martin Jacobson took the most money, and is therefore the real winner, but the record books will never show that – making you wonder what’s the point of our record system?

I now have sympathy for the World Poker Tour (WPT) and World Series of Poker (WSOP) for their stubbornness in not allowing final table deals to take place under the media spotlight. Unlike the EPT and the Aussie Millions the WPT and WSOP have a huge responsibility to promote poker to the mainstream through the vehicle of television broadcast.

Can you imagine if this had been allowed to happen on the final table of the WPTAlpha8.

“Well Vince it looks as though the final five players have made a deal and are going to take a walk outside to throw pennies against the wall to see who will take home this amazing trophy.”

Will the five players nip off to the toilets to cook up the books?

But from the perspective of the show nothing changes. The audience is blissfully unaware of what is happening. The integrity of the game remains intact…sort of.

The only way that this works is if the players stand up and be counted. If the final five players cook up a deal during a major televised event, and the audience are unaware, they still lose because they don’t get to witness the tension and skill that goes into the makings of the final stages of a poker tournament.

Come on players we are not getting what is painted on the tin.

I understand the logic behind making a deal. I understand the financial reward and the protection of ego; but we need more Daniel Negreanu’s. More people to stand up and say NO to deal making, especially amongst this elite tier of players who, like it or lump it, have the future of poker’s mainstream popularity in their hands.

Player’s have a responsibility to the game that pays their bills.

Without it the whole things becomes as relevant as a one-eared blind man walking through the desert wearing a pair of chocolate sunglasses.