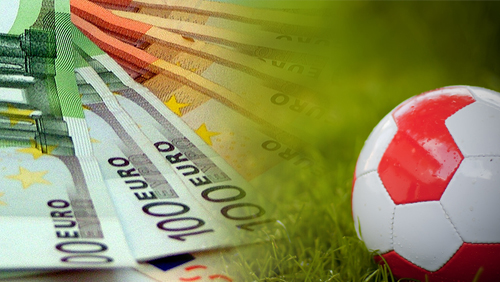 Sport and gambling go together like turkey and stuffing, and 2013 was another wonderful year for the sports betting sector, particularly in the European market.

So pull up a pew, grab a glass of mulled wine, and relax as I take you through the top 10 European Sports Betting Stories of 2013.

The world of football was rocked to the core, after allegations of match fixing spread across the European leagues like a case of the pox.

The year began with Europol officials announcing that they were investigating at least 680 suspicious matches from around the globe, with a focus on the Asian and European leagues.

The Italian league was dragged through the mire after the Slovenian, Admir Suljic, was arrested on charges of corruption in Serie A & B; and then Europol Director Rob Wainwright went to press about the threat posed by Russian mafia groups, and organized crime in the Balkans, threatening the integrity of the beautiful game.

Just when everyone connected with the sport was hoping the Europol investigations would quell the activity, the year ended in controversy as several professional footballers in the UK were arrested in connection with match spot-fixing.

Sam Sodje openly telling an undercover reporter how he was paid £70,000 for deliberately getting sent off when playing for Portsmouth in a match against Oldham.

So with the world of football held in a tight grip of match fixing nightmares, one would expect the stars of the game to do everything in their power to divert attention away from this evil sin.

The Tottenham Hotspur winger, Andros Townsend, started the ball rolling when he was found guilty of breaching Football Association (FA) betting rules. Not that the FA needed to hire Sherlock Holmes to keep tabs on Townsend after he tweeted, “Might put a bet on a London club winning the Championship playoffs…have just got a feeling.”

Then the icing was well and truly splattered over the betting cake when the Professional Footballers Association (PFA) chief Gordon Taylor admitted that he had a gambling problem that had seen him run up debts of £100,000.

So 2013 has been a pretty tough year when it comes to allegations of rule breaches and match-fixing allegations in the world’s most popular sport, and this creates a conundrum for the people who are paid to solve these problems, particularly when you take into consideration the 2013 boom in football sponsorship from sports betting companies.

The biggest player in this marketplace seems to be Bwin.Party who spent 2013 creating deals with some of the most prestigious football clubs in Europe: Manchester United, Real Madrid, Juventus, Bayern Munich, Anderlecht and Marseille giving them a foothold in all of the major European football leagues.

Bwin weren’t the only sports betting chiefs with an eye on European football, with the Asian gambling entities, in particular, paying a lot of money to get their names on shirts, stadium advertising boards and anything else connected to a UK Premiership club during the past 12-months.

Back in 2004, Ladbrokes CEO Chris Bell, claimed that there was at least a ‘race a day’ being corrupted by the availability of laying horses on betting exchanges, as Betfair started to turn their customers by the truckload.

Fast forward nearly a decade and Lads have forgotten about all of that old nonsense as they acquired the Betdaq betting exchange in a deal worth a reported €30m+, before opening up their own Ladbrokes branded exchange on their sports betting website.

Opinions had changed, gloves were off, and we had a little betting exchange battle on our hands.

5. Betfair and Paddy Power Cash Out

Sports betting is one of those vehicles that doesn’t really have to do much to maintain its popularity. All you need are two teams, a series of odds and Bobs Yer Uncle.

Yet this doesn’t mean there is no room for innovation – au contraire.

One of the most advertised innovations of the year has been the Betfair cash-out feature that allows punters lock in a profit before the result is known.

The success of this feature prompted others to follow suit, and this included the Irish betting leaders, PaddyPower, who announced their own cash-out feature in late November.

Sports betting started to become mobile when telephone betting was introduced, but 2013 has seen this rise to a whole new level, as the surge of mobile hardware made all heads turn in the sports betting markets.

All of the statisticians point to sports betting as being the number one gambling option for mobile users in 2013, and trends state this is expected to continue.

Despite the increase in mobile sports betting, the good old fashioned brick and mortar bookmaker in the UK still pulled in more punters than any form of gambling joint – virtual or otherwise – during 2013.

According to reports from the UK Gambling Commission, land based gambling (of which sports betting holds the majority of interest) accounted for 51% of Gross Gambling Yield (GGY).

Controversially, part of the reason that the UK Bookmaker continues to be an attractive proposition is the existence of the Fixed Betting Odds Terminals (FOBTs). Those dastardly devices that people believe cause more of a problem to addictive personalities than a scantily clad, 38DD supermodel on top of Russell Brand.

Whether it’s FOBTs, horses, dogs or football…it’s good to see that people are still actually getting out of bed to place a bet.

Whilst I hold my hands up and confess that stating the Papal Elections is a sport, is akin to trying to persuade you to believe that men understand what the hell women are on about, I am going to include it anyway.

Novelty betting finds a place in the sports betting niche because there is nowhere else to put it, and the Papal Elections are right up there with the American Presidential Elections and the X Factor as the prime beef of this genre.

Within 48-hours of Pope Benedict’s resignation it’s believed that more than 20,000 people had already placed bets on his successor. The one firm who was leading the way with Papal betting was PaddyPower, who ran a close to the bone-marketing ad: money back if he’s black.

Their attention was firmly focused on the chances of Peter Turkson becoming the first-ever black pope, and the Irish funsters even hired the services of Dennis Rodman, who was sent around Rome in his own personal pope mobile in a bid to stir up some interest in a Turkson vote.

The Germans are notoriously efficient in everything they do…but it seems dishing out licenses to operate a legal sports betting operation doesn’t fall into the Vorsprung durch Technik category.

After passing its new Federal Interstate Gambling Treaty in 2012, 41 enthusiastic gambling operators filed their applications for one of the 20 sports betting licenses up for grabs.

Only half of those who submitted applications got an interview with the Federal Gambling regulator, prompting rumors that the successful applicants had already been chosen. So it was shock, horror…wtf…after none of the 41 applicants were deemed suitable for the might of the German nation.

The news came with the caveat that more guidance on how to successfully pass the apparent stringent guidelines will be issued in due course, meaning it could be some time before the German population are able to legally take sports bets.

The Italian sports betting market saw sports betting spend slip from €168m in 2009 to just €135m in 2013, and the main accusatory finger seems to be pointing directly at the unyielding taxation rules imposed by the Italian government.

The University of Milan’s Marco Pilanzi used the power of numbers to demonstrate the problem that the 2% to 5% tax on betting turnover has on the sports betting economy, when he stated that Sep 2012 AAMS figures showed an example whereby the net return to Italy’s licensed sports betting operators was –€1m, yet these operators were still required to ante up a collective €2.7m in taxes to the state for the month.

In addition to the tax on betting turnover there is also the sizeable problem of the 20% tax on gross gaming revenue aimed at exchange and virtual sports betting.

So that’s my opinion…what’s yours?