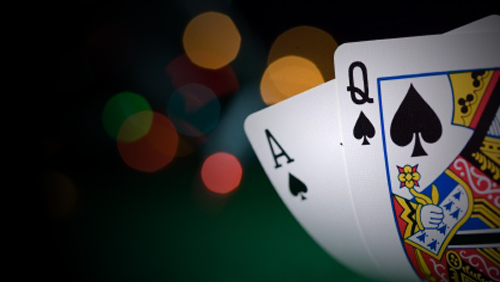 Poker tournaments have always been about the money. Big, bankroll-boosting, often life-changing money, earned through a lot of skill – and, quite often, a fair bit of luck. Because of the way tournament poker began – as sort of a vacation distraction among old-time Texas high-rolling gamblers – it was played for very big money, and that’s where the focus has traditionally been. This is true not only for casinos hosting high-stakes events but also for online poker rooms.

Going back to the beginning the buy-ins have been affordable only to professionals, wealthy amateurs, and a handful of players with smaller bankrolls who have won their way to the table, a tradition that followed the game to the internet. But if online poker markets are to continue to grow, operators would do well to think about offering similar opportunities to their sites’ recreational players.

Most sites have a big tournament series of some sort, and they almost always have high buy-ins. There’s nothing wrong with that at all, but focusing solely on these series is a misstep. Online poker operators’ number one asset is their accessibility, so they can do a lot worse than to offer tournament series to low- and micro-stakes players at an affordable level. For starters, there are a lot more of these players than there are mid- and high-stakes players. It’s also a lot less work to keep them coming back and paying rake than it is to find new players to take their place if you don’t keep their interest. But beyond that, catering to them and giving them a tournament series of their own sends the message that every player’s business matters to the room, regardless of the stakes.

The MicroMillions series at PokerStars is the perfect example of how to do this. I’ve covered tournaments in this series for the PokerStars blog since its inception in 2012 and every time I watch a final table and recap it I’m a little bit envious of the opportunity these players have. Stars has run the series every four months for two years now and each time it seems to be more popular than the last.

The current installment, MicroMillions 6, is a true poker extravaganza – 100 events crammed into 11 days. There’s an almost obscene variety of games available, from old standbys with innovative structures to variants that you didn’t know existed before you registered to play. And none of these tournaments have a buy-in higher than $11, with the lone exception of the $22 Main Event. On most days a player with a limited budget could easily afford to give several different events a chance. It’s a recreational tournament poker player’s dream come true.

The amount of money that some of these players are winning compared to their minuscule buy-ins is pretty impressive on its own. (When’s the last time you paid $3 to do anything for six hours and walked away with more than $4,000 at the end of it?) But when you look at those amounts with some perspective – namely, the previous results these players have posted every day for months and years in what are almost universally small-stakes tournaments on the site – the series really shines.

Every now and then you’ll get a pro with the patience to play in these tournaments with incredibly large fields who takes down an event, but for the most part the winners are micro-stakes grinders who have been at it for two years or more without a previous cash worth 10 percent of what they just earned in one-third of a day on PokerStars. That kind of reward is what tournament players dream about, one that can give them the opportunity to move up in stakes, or take a dream vacation, or maybe even pay for a major expense – and all for paying an insignificant fee to play a game on their computers.

It’s also not terribly uncommon to see a winner tell the others at the final table that they’ve never even played shorthanded pot-limit five-card Omaha (or whatever crazy variant the tournament is played in) before. And if the winners are saying that, you can believe that are probably hundreds, or in some events with large enough fields even thousands, of players with very little experience playing in the tournament.

The accessibility of a tournament series with low buy-ins is a double win for players. It gives those who get bored by routine the chance to branch out and try something new on the cheap. And those who actually know how to play different variants get to face large, soft fields for a huge potential return on their investment. And the site wins too, collects its rake for providing the service that everyone enjoys and giving players a positive experience that will keep them coming back. If there’s anything else in online poker that gives some many people exactly what they want, I haven’t seen it yet.