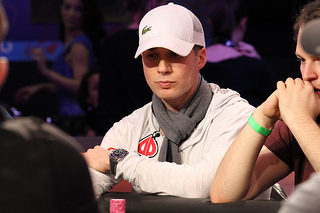 PartyPoker Premier League 7 has debuted on Canadian soil for the first time in his inception and the debutant Jeff Gross takes maximum points after beating the local player Dan Colman in heads-up action.

For the first time since the idea was born, the PartyPoker Premier League (PPL) is coming to you from the Playground Poker Club in Montreal, Canada, and there a few changes to get you up to speed on as the action kicks of in earnest. 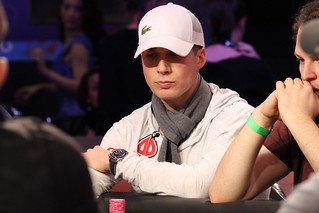 The first big news is the omission of the former World Series of Poker (WSOP) Main Event champion Greg Merson.

“Something important came up and I had to cancel last minute. Hoping to play the next one. Premier League is an elite event.” Said Merson when responding to his absence.

The online heads-up SNG specialist Dan ‘mrgr33n13’ Colman, who relocated to Montreal after the day that was black, took Merson’s place.

The event still carries a $125,000 buy-in, with a $400,000 first prize, but there are some structural changes after consultation with the players.

There will be 12 players involved in six heats of eight-handed action. Each player will compete in a total of four matches and will accrue $2,000 in cold hard cash for every point they earn.

The top four points earners will progress to the six-handed final table where they will be joined by the two best runners up who would have survived a best of three series of heads-up matches.

The first heat was won by the debutant Jeff Gross who defeated Dan Colman in heads up action. The blinds eventually catching the action up in what was one of the longest heats in PPL history.

Gross getting it in with nine-eight off suit, against the [Kd] [3d] of Colman and an eight on the flop handing Gross maximum points.

Here are the lineups for the next series of heats