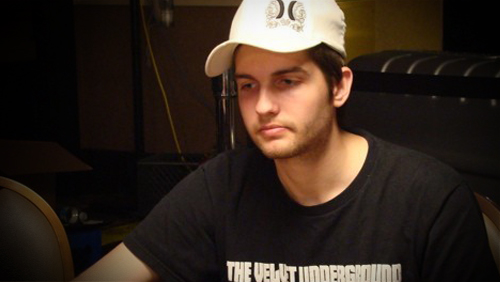 The Players Poker Championship (PPC) has reached it’s final table in the Caribbean island of Aruba, and defending champion Joe Serock is still in with a chance of winning back-to-back titles under the sun.

Most of the poker news is going to be emanating from London this week, but 88 players decided to shun Big Ben and the Houses of Parliament and instead play their poker underneath the searing heat of Aruba.

Amongst those 88 players is the former World Poker Tour (WPT) Player of the Year (POY) Joe Serock – and with good reason – Serock defending a title that he won last year, defeating Jesse Chinni in heads up action to capture the $40,574 first prize.

Serock has once again made the final table but it has cost him $10,000 in the process as he re-entered the event on four occasions. The reigning champion is going to have to finish in sixth place, just to turn a profit, but will have all eyes firmly fixed on the $68k first prize.

It’s not going to be a walk in the park for Serock with two names in particular that stand out from the rest. Joe Ebanks is one of the most respected live tournament players in the world. With over $2m in live cashes and a World Series of Poker (WSOP) bracelet in the trophy cabinet, Ebanks will be one of the favorites to take the title.

David Tuthill is a former WSOP Circuit (WSOPC) winner, and a big one at that. Tuthill taking the $223,197 first prize after winning the WSOPC Main Event in Caesars Palace last year. Just like Ebanks, I expect Tuthill to make a good run at the top prize.

There is $200k in prize money and this is how the devil has broken down into the detail.

Live Tournament Round Up: Moorman and Serock in the Running at the LAPC and Christian Pham wins the WSOPC in Las Vegas.
Lee Davy
5 March 2014

WSOP Round Up: Hilton Wins the WSOP National Championship and Carnivale of Poker Schedule Announced
Lee Davy
26 May 2013
.