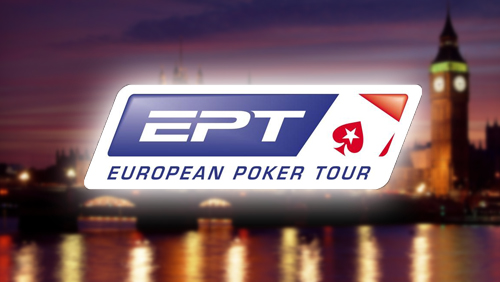 The European Poker Tour (EPT) London kicks off its £5,250 Main Event on Sunday, and I will not be present and correct to bring you all of the news, views and gossip. Remarkably, despite traveling all over the globe to cover live poker tournaments I have never covered an EPT London event from start to finish; although I did start my live tournament writing career at one.

With the exception of a few love letters, birthday cards and Santa Claus Christmas lists I hadn’t written anything of substance since I used to write lines for misbehaving in school. So when I told my family and friends that I was going to become a writer, its safe to say that nobody believed me.

I picked up the quill in 2010 and vowed to work harder than anybody else in my field. I assumed that my writing would lack the quality of my more experienced counterparts, and thought that hard work and volume would pay off instead.

I was soon rewarded with a shot, as Barry Carter, News Editor, PokerStrategy.com, contacted me to ask if I would like to try my hand at being a live reporter. I didn’t have a clue what the job entailed, but remember Barry telling me it was the best way to earn money as a poker writer, and also that it would be extremely hard work.

PokerNews sent me a few YouTube clips of various poker hands and I had to write a short segment covering the action. These were sent to Eric Ramsey, who know works for the World Poker Tour (WPT), and he critiqued them before sending them back to me. I wasn’t a million miles off the mark, which was refreshing.

The next step was to head down to the Hilton Metropole in London for a trial at EPT London. I pressed my pants, polished my shoes, ironed my best white shirt and headed off down to the smoke. I must admit I felt more like a waiter than a writer. I couldn’t believe how nervous I was. I didn’t know anybody, and didn’t really know what I was doing. I remember the night before, I spent hours searching the Internet for images of poker players in the hope I may remember some of them.

When I arrived I was given a space to set my laptop up and introduced to Eric Ramsey, who I was told was in charge. At first I thought it was a first day set-up because Ramsey spent the next few hours just taking photographs. I would later learn that multi-tasking without complaint was very much the way forward in this industry.

Ramsey told me to grab my pen and paper and head out into the field with him and once in the midst of it all he asked me whom I recognized? There were four tables left and the only two people in my memory banks were John Juanda and Joe Hachem. This was going to be hard work.

We arrived at a table that seated both Juanda and Hachem and diligently waited until the two were in a hand together. Ramsey told me the importance of recording the vital statistics such as stack size before the hand, stack size after the hand, player’s names, player’s position, raise sizes, card denominations and anything else of value for the person who would eventually read my write up.

“So how much of that did you get?” Asked Ramsey as I reported on my first hand of live poker.

I showed him my pad and it contained the words John Juanda and Joe Hachem.

“You are going to have to speed things up a little.” Said Ramsey with a smile.

I spent three hours working at the event. In the first hour Ramsey would cross check my work before giving me the thumbs up, and then after that I was on my own. After working in the rail industry for so long, this was such a breeze. The strains and stresses that I have heard writers complain about ever since I wrote the word ‘John Juanda’ on that pad, are nothing compared to the battles I had every day on the railway.

The main complaints at the time were the same as the ones I used to hear on the railway.

“There are not enough staff.”

“That’s not in my job description.”

I knew if I just got my head down, didn’t complain, and instead worked like a Trojan then I would fit in just fine. Fortunately, this way of thinking has worked for me for the past few years, and I continue to try and outpace the field.

David Vamplew would go on to win the event and to give you a feel of how green I was; I really did believe he had won £900k. I interviewed him not long after that win, after a friend in the Welsh Valleys told me that he knew his brother and connected us (small world). I was a little star struck. I remember telling my ex wife that I was interviewing this famous poker player who had just won under a million playing cards, and incidentally looked just like Harry Potter. My world was starting to sprout a rabbit hole.

Star struck doesn’t come close to the experience I had with Juanda that day though. The reason I recognized him is because I shared a table with him during the £1k side event at the World Series of Poker Europe (WSOPE). I thought we had gotten on really well and I kept staring at him in the hope that he would recognize me.

Finally, during a break in play he smiled at me and said hello. I reached over and shook his hand in the belief he had recognized me.

He looked at my hand like I was a leper, before saying: “Do you speak English?”

Great he doesn’t know me at all.

Juanda just pointed to my attire before saying, “Sorry, you look like a waiter.”

I haven’t polished, ironed or pressed since.