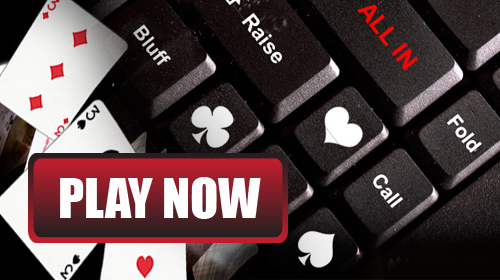 Sometimes I feel guilty when I grumble about my job. As people head into the city to wash windows, clean toilets and sweep streets, I was being asked to search for the very best online gambling software as I was instructed to find out what are the best free poker games on Facebook?

Getting paid to play poker seems a lot of fun, especially when the losses don’t hit you in the pocket. At least that’s what I thought. Instead, as the day wore on I would have gladly exchanged my mouse for a bog brush as the social media poker network turned me into Colonel Walter E. Kurtz.

My first problem was finding a game. With over a billion people owning a Facebook account I assumed there was a host of companies looking to cash in on this particular cow. Instead, when I entered the words, “Free Facebook Poker Apps” into Google I found just one option: Zynga Poker’s famous offering of Texas Hold’em Poker.

This bad boy had 70m likes, a sure fire method of identifying a classy product if there ever was one. It’s believed that over 37m people play on Zynga poker, each month, and they dominate a free play poker market that includes the largest online poker rooms in the world.

It was relatively easy to get started and I was given some play chips as soon as I entered the lobby. I joined a 10/20 cash game and the first thing I noticed was the speed. Everything was in slow motion, and I’m not sure if this is because I am used to multi-tabling, or the game flow is that much slower on the Facebook apps?

There is a limp from early position and a few more players follow suit. I look down at a crappy king high hand from middle position and fold. Then when the action folds around to the button he moves all in for 5.5k chips and three people call. Aces, kings and queens? Nope, garbage, garbage and garbage.

For the next 10-minutes I diligently folded my trash and sat back and watched people moving all in with theirs. I started to get bored and noticed a ‘Hi/Lo’ game in the bottom left hand corner of the screen. It was showing the [Kd] and so I pressed low. The next card was the [2d] and it told me I had won; but what had I won? I didn’t have a clue?

Are DoubleDown and Perfect Poker Any Better?

I head back to Google and sandwiched in between the many links for Zynga Poker are DoubleDown and Perfect Poker. I click on the Perfect Poker link and am in the lobby in no time. This site has 858k likes, nowhere near the pull of my last experience, but not a number to be sniffed at.

Oh deary me. It seems that Google has lied to me because Perfect Poker isn’t a free money site at all. Instead, you have to spend money to buy play money chips! What’s the point of that? That’s like having sex without the existence of an orgasm. I exit stage left and head over to DoubleDown.

DoubleDown looks great straight off the bat. You have options to play poker, bingo, blackjack, slots and video poker, and boy to people like to play. There is an average of 4,000 people playing poker on this site each week, so I was excited to see what all the fuss was about.

I click on the poker link and have three choices. I can play 5 Card Draw, Texas Hold’em or Pot Limit Omaha, and this endears me immediately. When it comes to choice the accolades have to go DoubleDown, but what about the gameplay? I log on for a game of Texas Hold’em and get the same experience as Zynga. Everyone just wants to flip, and it makes me wonder if they clicked the poker link by accident when instead they were searching for a game of bingo?

After closing down all of the ads, I can’t seem to find a game? There’s just so much going on that I feel like I am standing in the middle of a Las Vegas land-based casino. Then this annoying noise invades my ears and starts poking my drum with a red-hot poker. What is that noise? Oh…I am in a game and my timer is running down. I type in a raise amount but realize afterwards that you can’t do this and instead have to use set increments on the slider. It’s too late…I have timed out; I had pocket Kings as well.

“Congratulations you have won a hand with pocket aces,” came another annoying pop up.

Surely WSOP and IveyPoker Are the Nuts?

My final two testing grounds involved the WSOP Facebook game and the IveyPoker Facebook game. Graphically, the WSOP tables looked the best of the day, but once again I found myself turning the game off because everyone was moving all-in every hand.

The IveyPoker lobby resembled a bona fide online poker lobby, but I didn’t really like the table layout. It was more like a game than a poker product but I guess this is where I’m missing the point.

I found it incredibly difficult to have an objective view of these games, because I saw them through the eyes of a poker player. My senses are attuned to the software on PokerStars and Full Tilt Poker and anything less just doesn’t compute. I don’t understand the premise of play money, especially after I learned that people actually spend real money to buy worthless chips.

The sites marketing campaigns tell the new pupils that this is the best way to learn how to play poker, whilst having fun and not spending a penny; but this is a blatant lie. How can you learn to play poker when people are moving all-in for 2,000 big blinds holding [9s] [4s]?

If you want to learn how to play poker and have fun without worrying about the coin, then play for free money on one of the reputable online sites such as PokerStars and Full Tilt Poker. The game flow is much quicker, everything looks so much slicker and when you are ready for the real thing you don’t have to switch sites and get used to a new product.

So what are the best free poker games on Facebook? None of them! Now where’s that bog brush?