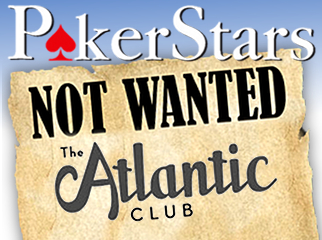 The parent company of online poker giant PokerStars says it’s no longer interested in purchasing Atlantic City’s Atlantic Club Casino-Hotel. On Friday, the New Jersey Division of Gaming Enforcement announced it had received a letter from the Isle of Man-based Rational Group saying it was withdrawing its petition to take over the brick-and-mortar gaming joint. The contents of the July 17 letter were subsequently confirmed by Rational spokesman Eric Holllreiser.

The news brings some closure to the nearly year-long effort by Rational to acquire the Atlantic Club. The two parties entered into an agreement in the waning months of 2012 that would have seen Rational assume control of the financially struggling casino for the low, low price of $15m. Rational saw the acquisition as its entry into New Jersey’s online gambling market, in which only Atlantic City’s dozen gaming halls are eligible for operator licenses.

Things began to unravel after delays in processing Rational’s application for an interim New Jersey gaming license led to Rational failing to meet a stipulated April 26 deadline for completing the transaction. This delay allowed the Atlantic Club’s owners to claim the right to back out of the deal – which was entered into well before Gov. Chris Christie signed the state’s online gambling legislation into law in February – and pursue a better offer on the open market. The casino also claimed the right to keep the $11m Rational had already fronted them on the expectation that the deal would go forward.

Rational mounted a legal challenge of the Atlantic Club’s opportunistic reneging, but a New Jersey Superior Court judge sided with the casino in May. Rational appealed that ruling in June, and Hollreiser told the Press of Atlantic City that the litigation will continue, but only for the purpose of compelling the Atlantic Club to return that $11m advance. Rational has since signed an online gambling partnership with the Resorts Casino Hotel, while the Atlantic Club is one of two AC casinos – the other being Revel – that has yet to announce who’ll be taking them online when New Jersey’s market launches in mid-November.