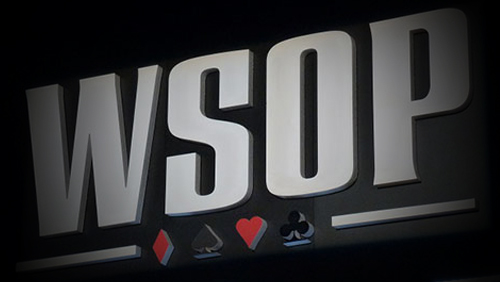 The World Series of Poker Main Event begins this weekend. It’s the original poker tournament, the one that has anointed world champions and future Hall of Famers for more than four decades. It draws thousands of players, the vast majority of whom will leave long before July 15th. And it’s without a doubt the single most coveted title in all of tournament poker.

There was a time not all that long ago when WSOP tournament officials would place odds on individual players in the Main Event. Since the poker boom the growth in the tournament’s popularity has made that all but impossible, but that’s exactly what Bill Beatty asked me to do on Off The Board this week. For the sake of playing along I threw out the names of a few players who are playing well this summer. But as far as seriously trying to guess who’s going to get a ticket to the November Nine on July 15th, there’s just no way to tell.

What you can handicap, though, is the likelihood of seeing certain kinds of players do well in the Main Event. Here’s a quick rundown based on recent history, in order of likelihood, of some of the characters you can expect to see make it through to the November Nine (and some you shouldn’t count on).

Online poker might be generally frowned upon in the U.S., but it’s opened up markets all around the world – and that’s shown the last few years as players from abroad have become regulars at the Main Event’s final table. Since 1998, on average the final table has featured 2.5 players from outside the United States; since 2007, the average has jumped to 3.3.

Last year only one player from outside the United States, Hungary’s Andras Koroknai, made the final table of the Main Event. That was the fourth time in the last 15 years that a lone international player had to face off against eight Americans at the final table. Far more often the international presence is more substantial, particularly in recent years. The high-water mark came in 2011 when six of the final nine players came from outside the U.S., including heads-up finalists Pius Heinz and Martin Staszko. It was only the second time in the tournament’s history (the other coming in 2008) that the United States was shut out of the top two spots in the Main Event.

A decade ago, online qualifier Chris Moneymaker won the Main Event and changed the poker world forever. These days the online players who run deep in the big one tend to be regular online winners rather than satellite qualifiers, players who have seen as many hands by their early 20s as some of the old pros did in a decade or two at the tables.

Last year’s champion, Greg Merson, was a high-stakes cash game player online before Black Friday hit and has been playing from abroad since then. 2011’s fifth-place finisher, Phil Collins, has $3 million in online tournament winnings. The third-place man from 2010, Joseph Cheong, built his bankroll playing large-field online tournaments with relatively small buy-ins. The winner in 2009, Joe Cada, was an online cash game grinder playing thousands of hands a day. And 2007’s sixth-place finisher, Hevad Khan, was an online mass multi-tabler.

Another recent trend to watch for is players who have won bracelets during the summer going deep in the Main Event. Each of the last four years has seen a recent bracelet winner among the November Nine.  Greg Merson won a bracelet in six-max NLHE last summer before winning the Main. Ben Lamb won the $10,000 Pot Limit Omaha bracelet in 2011 before taking third place in November. Michael Mizrachi won the $50K Poker Players Championship in 2010 before finishing fifth in the Main. Phil Ivey won two bracelets in 2009 before getting his short stack in good against Darvin Moon at the Main Event final table and busting in seventh place. And Allen Cunningham won a $1,500 No Limit Hold’em event at the 2006 Series before finishing fourth in the Main.

As a percentage of the total field there are relatively few of them, but every now and then a fairly well-established poker pro will make the Main Event final table. Since the advent of the November Nine both Phil Ivey (seventh place in 2009) and Michael Mizrachi (fifth in 2010) have added their star power to the Penn & Teller Theater. Mike Matusow has made the Main Event final table twice, most recently in 2005, and Allen Cunningham took fourth place in 2006. It’s rare to see a well-known pro at the table, but when it happens there’s a little bit more electricity in the air.

Every year sees plenty of attention paid to the so-called “Last Woman Standing,” the lone woman left in a tournament otherwise populated by men. In all but one case those women have fallen short of the final table, but last year saw two women come within a stone’s throw of the November Nine. France’s Gaelle Baumann (10th place) and Norway’s Elisabeth Hille (11th) both fell short, but their finishes were the closest a woman had come to making the final table since Annie Duke’s 10th-place finish back in 2000. Until another woman can manage to get over the hump, Barbara Enright’s fifth-place finish in 1995 will remain the gold standard for women in the Main Event. It’s really just a matter of time before some woman breaks through again, but the large fields and relatively small number of women who enter the tournament still means the numbers are against them making it through to November.