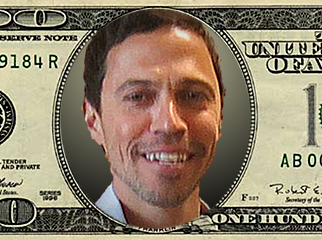 Mark Scheinberg, CEO of online poker titan PokerStars, has reached a settlement (read it here) with the US Department of Justice on forfeiture claims made against PokerStars in the Black Friday indictments. The settlement, which Scheinberg signed on June 4 and was filed with the US District Court in the Southern District of New York on Tuesday (11), calls for Scheinberg to pay the DOJ $50m as “full and final resolution of any and all claims” made by the DOJ in the amended civil complaint filed against Stars (plus Full Tilt Poker, Absolute Poker and Ultimate Bet) in September 2011.

The deal does not require Scheinberg to admit any wrongdoing, culpability, liability or guilt on his behalf or any of his employees or agents, past and present. Nothing in the agreement affects the $731m deal PokerStars reached last July to settle the civil charges against the corporate entity (and acquire the assets of the similarly indicted and at the time dormant Full Tilt Poker). Scheinberg is barred from making any claims against the US regarding the forfeited funds, including any claim that the US lacked probable cause to seek the funds in the first place.

In turn, the DOJ has agreed to release Scheinberg as well as “the PokerStars Distributions and any property traceable to or derived from the PokerStars Distributions” from “any and all civil claims” based on the allegations in the complaint. Anyone who believes they are owed money by Scheinberg has 60 days in which to file a claim via www.forfeiture.gov. It’s conceivable that the owners of the Atlantic Club Casino Hotel could file for the extra $4m they claim to be owed as a result of Stars’ aborted purchase of the Atlantic City gaming joint, which officially unraveled last month. Meanwhile, can a similar settlement for Mark’s father and Stars founder Isai Scheinberg be long in coming?

PokerStars subsequently released the following statement: “Mark Scheinberg, the CEO of PokerStars, has agreed to forfeit USD $50 million to the US Government. This forfeiture settles potential claims against Mark’s assets based on the allegations contained in the April 15th 2011 US government complaint against PokerStars. The agreement is not in response to any action that had been brought against Mark and contains no admission of wrongdoing, culpability or guilt on his behalf.”

Wednesday’s news followed unconfirmed reports on Tuesday that Absolute Poker’s director of payments Brent Beckley had been released from federal prison. In July 2012, Beckley was sentenced to 14 months after pleading guilty to bank and wire fraud charges filed against him on Black Friday. Beckley began serving his sentence at the Englewood federal jail outside Denver on October 3, meaning he had nearly six months shaved off his sentence (assuming the reports of his release are true).