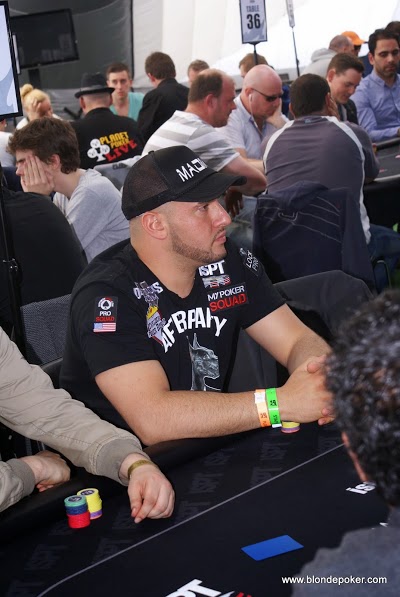 When Prosper Masquelier first dreamt of holding a tournament in Wembley Stadium, the first man he got on board was Michael Mizrachi. The Grinder has been one of the most prominent ambassadors of this event since the wheels started turning nearly two-years ago, and he is a huge fan of what the ISPT and DTD are trying to create here.

“This is probably the most beautiful tournament that I have ever played in,” said The Grinder as he climbed the steps that were holding the triumphant Bayern Munich team just a few weeks ago.

It’s the same story, but from a different mouth. The same tune is ringing around my ears as the players are united in their view of what a wonderful event this is. Let’s hope it becomes a mainstay in the poker calendar, a view The Grinder also shares.

“Just look at this place. It’s an unbelievable view and no-one in the world would ever believe we would be playing poker in a football stadium, so we certainly appreciate it, and hopefully there will be many more ISPT events in the future.”

There was a reason The Grinder was sucking in the view instead of sitting down to play. He had blown his first bullet and his action was over for the day, but he will return tomorrow for his second bite of the proverbial cherry.