Home / Poker / WSOP review: bracelet #5 for the Grinder and wins for Korenev & Song 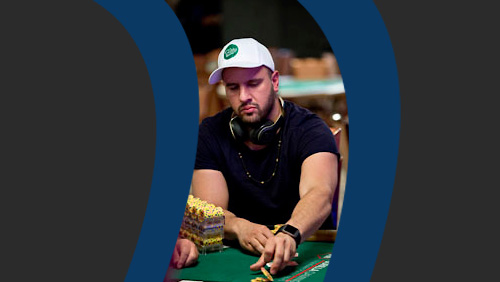 A round-up from the World Series of Poker in Las Vegas with wins for Michael ‘The Grinder’ Mizrachi, Roman Korenev and Stephen Song.

A Grinder, Roman and Song – it sounds like the beginning of a Marcus Aurelius meditation, but not today. Today, those are the names of three 2019 World Series of Poker (WSOP) bracelet winners.

We’ll begin with the one popular enough to have a recognisable nickname. It’s been a long time since Michael ‘The Grinder’ Mizrachi stepped off poker’s conveyor belt, and over the weekend he won his third gold bracelet.

It’s Mizrachi’s first Seven-Card Stud win. He made the final table of the $2,500 Seven Card Stud event in 2008 & 2013 finishing eight and fourth and finished fifth in the in this event back in 2012, and sixth in the $10,000 Seven Card Stud Championship in 2010. PokerNews labelled him the ‘most successful bracelet winner of the decade.’

Three other stars of the game who ventured to the precipitous drop of this thing were the recent $1,500 No-Limit 2-7 Lowball Draw winner, Yuval Bronshtein (13th), Jon ‘PearlJammed’ Turner (15th), and bracelet winner, Barbara Enright (27th).

Korenev had to work for his win, defeating Koppel in a heads-up match that contained 12 double-ups, including his pocket sevens catching a seven on the flop to leave tongueless pocket queens writhing on the seafloor.

It’s Korenev’s first title win. His $2.2m in live tournament scores comes mainly from his deep runs in European Poker Tour (EPT) Main Events including an eighth-place finish in Berlin back in 2013, and also some success in PokerStars tournaments in Macau.

Three other meat machines that ran out of steam in the latter stages of this thing were the Triple Crown winner, Mohsin Charania (38th), the World Poker Tour (WPT) Player of the Year, Erkut Yilmaz (43rd), and the former partypoker MILLIONS Champion, Anatoly Filatov (46th).

Stephen Song has vanquished a 2,477-entrant field to win Event #28: $1,00 No-Limit Hold’em. It’s Song’s fourth victory, and his second of 2019 after winning a 74-entrant $3,250 No-Limit Hold’em High Roller at the World Series of Poker Circuit (WSOPC) event in Thunder Valley.

Song overcame a final table full of spider venom with the bracelet winner, Ryan Laplante, who finished sixth in the WPT ARIA Summer Championships in May, finishing third, and Renato Kaneoya, who finished 7/4732 in the 2018 $1,000 Little One for One Drop, and 4/8920 in the 2018 No-Limit Hold’em Giant, finishing fourth.

Three more stars who dived deep in their submarine in this one were bracelet winner, Aditya Sushant (13th), the one and only Phil Hellmuth (16th), and the reigning WSOP Player of the Year, Shaun Deeb (28th).