Home / Poker / Technical Glitch Takes the Shine off the Launch of WSOP.com 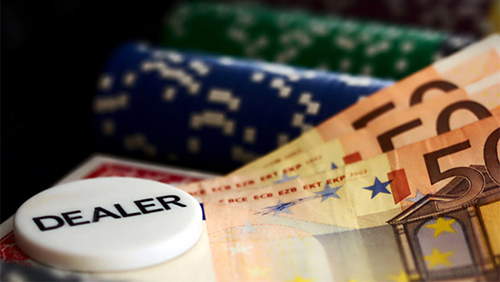 A technical glitch that allowed players to play for ‘real money’ on the WSOP.com Mac Client, during a ‘play money’ trial, takes the shine of an amazing set of announcements for WSOP.com players. 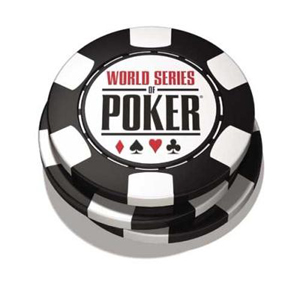 The World Series of Poker (WSOP), and Caesars Interactive Entertainment (CIE), have made the headlines for all the wrong reasons, after the launch of WSOP.com was marred by a technological glitch, that allowed players using the Mac client to participate in ‘real money’ games, after the site had launched with a ‘play money’ trial.

CIE representatives were quick to pounce on the error, and inform the Nevada gaming regulators, after several players posted on the 2+2 forum about playing real money cash games on the site.

“They addressed it immediately and we are working with them to see how the mistake was made,” the Gaming Control Board Chairman, A.G.Burnett, told the Las Vegas Review.

The 2+2 thread was bubbling with excitement until a poster under the guise of ‘WSOP Ken’ made the following statement.

“Unfortunately, for a short time this morning, two Nevada players were able to gain access to the Mac version of our real money poker client and participated in a live game,” the post stated. “These players should not have been able to deposit or play. The technical glitch that enabled these players to gain access to the Mac client has been corrected.”

At least some good news emerged from the ‘error.’ CIE now know that their real money client works and players with a Mac don’t have to fork out for a copy of Windows and Parallels, but it might be an expensive mistake if the Gaming Control Board decide to delay the planned ‘real money’ launch whilst they carry out further investigations in to how such a high profile mistake could be made.

But glitches aside, the WSOP have announced some amazing news for prospective WSOP.com players. To commemorate the launch, the WSOP have established special sign up locations at the Lambada Room in the Rio All-Suite Casino & Hotel. Players who sign up for a free WSOP.com player account will have the opportunity to win a portion of $700,000 of free money that the WSOP have lined up to pad the pockets of what they hope to be their player base of the future.

“Being the online brand extension of the World Series of Poker affords us the exclusive opportunity to offer players unique promotions that integrate the offline and soon-to-be online offerings of the WSOP,” said Michael Staskin, vice president of marketing and brand for Caesars Interactive Entertainment, Inc., the owner of WSOP.com. “We are incredibly excited about WSOP.com’s upcoming launch of real money poker in Nevada and rewarding players who have always shown their loyalty and passion for the World Series of Poker brand.”

Those exclusive opportunities include a ’36-Seat Giveaway’, WSOP.com Hot Seat, the Online Nine and the WSOP.com Online Championships. Players who are aged 21 and over, who open a WSOP.com account, will be entered into a special draw where players will be selected at random to win a seat into the next day’s WSOP gold bracelet event. One of the events included in the promotion is the $111,111 One Drop High Roller No-Limit Hold’em event, that is expected to draw a $10,000,000 prize pool. A total of $182,333 in WSOP entry fees will be given away, including a seat in the WSOP Main Event.

In the ‘Hot Seat’ promotion players who agree to wear a WSOP patch whilst playing will also be enrolled in a random draw to receive 500 bonus dollars that will be placed into the WSOP.com account once the site goes live.

Finally, the WSOP have also announced plans to run a WSOP Online Championships when the site goes live. All players who sign up for a WSOP.com online account whilst at the WSOP is automatically entered into a $100k Freeroll planned for October. The tournament will be Event #1 of the WSOP Online Championships. The winner of this event will not only win the largest slice of that prize pool, but will also become the first member of the “Online Nine”, who will compete for an additional $100,000 as part of the festivities surrounding the WSOP Main Event Final Table in November. For eight consecutive nights players will compete in WSOP Online events until the final nine secure their places. The WSOP have guaranteed an additional $300,000 in prize money. The heads-up encounter will be played live in the Penn & Teller theatre just hours before the WSOP Main Event takes place.

Over to you Ultimate Poker.