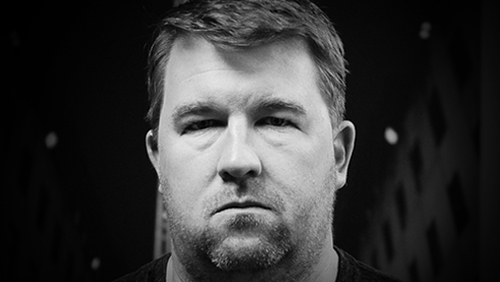 As I write these words it’s been 10 years to the day since Chris Moneymaker won the World Series of Poker Main Event. In honor of that turning point in poker history, Eric Raskin has an excellent oral history of the 2003 WSOP Main Event up at Grantland.

Raskin’s piece is full of behind-the-scenes quotes that will be of interest to anyone who’s been following the game since the days when the Moneymaker/Farha heads-up duel was replayed thousands of times on TV sets around the world. But it also serves as something of a time capsule. Reading some of the quotes from players and TV producers about that year’s tournament, it’s hard to look past details that tell just how different poker is 10 years after that pivotal point in the game’s history.

“The day before the main event, I’m walking through the hallway at Binion’s, and outside the poker office, there were 37 players standing there, all wearing shirts with the logo of PokerStars. I thought, ‘Oh, neat, there’s thirty-some people coming from this website.’ But I didn’t think anything of it beyond that.” – Nolan Dalla, director of public relations, Binion’s Horseshoe and the World Series of Poker

In an era when the federal government has spent years pursuing online poker rooms with a doggedness usually reserved for Mafia dons and high-level drug dealers, it’s hard to imagine just how much of a non-factor the online game was before Chris Moneymaker won the WSOP Main Event. In 2003 online qualifiers were the sort of thing that nobody paid attention to until they showed up for a tournament – and even then the players were enrolled without any questions as long as somebody had the money to pay their entry. Contrast that with post-UIGEA America, where only players from outside the United States could qualify for the WSOP playing online satellites, and it’s like hearing a dispatch from a parallel universe. There was a novelty and a nonchalance about the whole thing that would never be seen again.

“The first time they showed me on TV, they described me as an investor from Houston. I was a full-time poker player. I was never an investor. But I gave that image to a lot of players…just to get the game going…they didn’t know who I was, they want to play against me. And I’m breaking them one by one.” – Sam Farha, 2003 WSOP Main Event runner-up

In 2003, for all the corporatization and modernization that lay right around the corner, poker was still very firmly attached to its roots. In the old days some of the game’s most legendary figures were rounders, players who traveled around in search of the next big score. Before the 2003 WSOP a guy like Sam Farha could have taken second in the WSOP Main Event – and depending on who he was, possibly even won the thing – and still traveled around scaring up action. After 2003, especially for the five years or so immediately afterward, making the Main Event final table was enough to win recognition by at least the hardcore poker nerds in just about any game. In that sense, Moneymaker’s win was the end of an era.

“I went back to my job. I didn’t think of poker as a career option.” – Chris Moneymaker, 2003 WSOP Main Event winner

Part of poker staying close to its roots was the fact that, outside of a hard core in a handful of locations around the world, almost nobody considered it a vocation. Just a few years after Moneymaker’s win there were tens of thousands of players quitting school or their jobs in order to give pro poker a go. After all, if he could do it, why couldn’t they? There’s a bit less of that going around in the post-Black Friday landscape, but the floodgates could reopen when the U.S. goes fully online again in the future.

The marathon nature of the WSOP had been there since the earliest days. Those who won the tournament were not only mentally tough but blessed with physical stamina as well. As the game has grown and the business of poker has boomed, those all-day-and-into-the-morning sessions have become less common. These days most big tournaments – even the WSOP – play a set number of hours before adjourning for the evening at returning again the next day. It’s a lot more like golf now, another old gambling game that became legitimized by business interests.

“The bluff. That was a great hand, and you knew it was a great hand as it was happening. Even now, 10 years after that, people are talking about that as the single best hand in televised poker history.” – Matt Maranz, executive producer, 441 Productions

The business of poker these days is truly mammoth compared to its proportions back in 2003, reaching every populated continent both live and online. Major tournaments around the world, and even some minor ones, are recorded and broadcast on television all the time now. Yet the climactic point of a 10-year-old tournament is still renowned as the greatest hand in the game’s televised history. For all that the game has gained since the boom, it’s lost some of the magic it had in those early years.

“Remember, this is before poker entered anything close to the mainstream, so most of the people watching this had no idea who was going to win. It was plausibly live to them. This was word of mouth going around: ‘You gotta watch these people, it’s unbelievable.’” – Norman Chad, ESPN WSOP commentator

Part of the magic that poker had after Moneymaker won was its ubiquity. Seemingly no matter where you went, a television was tuned to ESPN and it was showing Chris Moneymaker’s magical final table ride to $2.5 million and poker immortality. That was a big part of why three times as many players showed up for the 2004 Main Event. Perhaps just as important was that it came before the advent of widespread social media use and dedicated poker reporting. With so few streams of information available to the public at large, the event took on a larger-than-life quality that is long gone these days.

“I was extremely surprised by the turnout the year I won. It turns out they had a handful of tables in one of the aisles at the front of the casino, and the fire marshal came by and said, ‘You have 10 minutes to clear this aisle or I’m going to shut down the whole building.’ The numbers were just so much more than anyone expected.” – Greg Raymer, 2004 WSOP Main Event winner

The first WSOP consisted of six players, so the crowd of 2,576 that showed up in 2004 was certainly considered large. But just one year after Moneymaker’s win the WSOP had completely outgrown the only home it had ever known. In 2005 it moved to the Rio, where it has stayed ever since because space is anything but a problem there. It dwarfs even the largest incarnations of the original WSOP and has been the perfect home for a decade of expansion. The Series has spread throughout the Rio’s convention center, from just the Amazon Ballroom to two others with a fourth reserved just for satellites and cash games. If not for the history that’s till attached to it, it could be said that this isn’t even the same Series anymore.