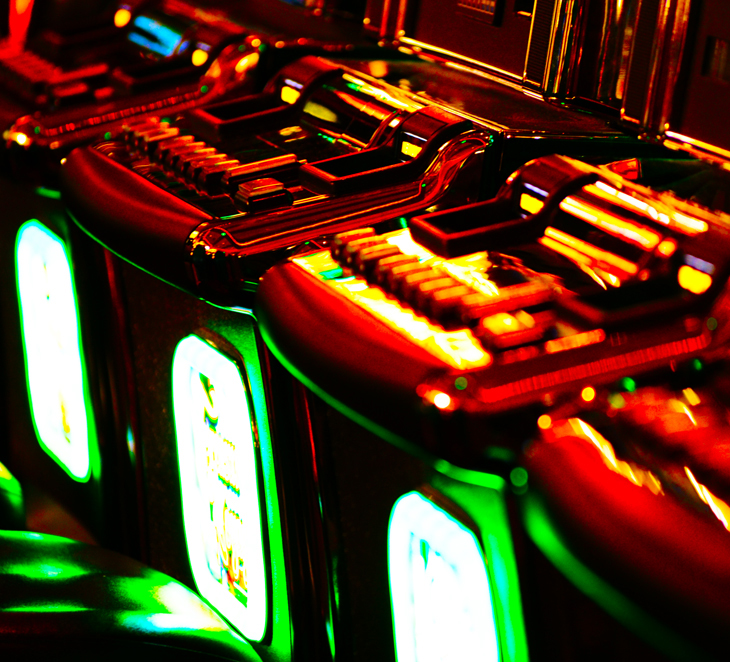 Slot machines are sometimes referred to as the crack cocaine of the gambling world. These games offer players a thrilling buzz with every hit of the button, whether they’re playing online, in a casino, or at a club. The development houses behind them have a huge vested interest in understanding the thought processes of players, so that they can make more attractive, more engrossing and thus more profitable machines. However, studying the thought patterns of the 20% of gamblers who create 80% of the revenues hasn’t always proved so easy.

Ido Ungar, the little known father of Poker and Rummy prodigy Stewie ‘The Kid’ Ungar, was once quoted as saying that “gambling makes ordinary men dishonest, and dishonest men ruthless”. Whilst I don’t entirely agree with this sentiment, there is a grain of truth embedded in it. When psychologists first began to research the minds of slot machine addicts, they would try to talk to and question their subjects, in a rational manner, however they got the feeling they were being decieved.

The majority of people that made up their sample set would claim that they understand that slot machines are a complete game of chance – and not only a game of chance, but one that favours the casinos. An Australian survey conducted in 1995 states that around 85% of the long term pokie (slot) players that they investigated realised that the machines were tilted against them.

Of course, this result causes some difficulty. If slot machine players are truly of the belief that they will lose money over the long term, then why are they playing the machines at all? Psychologists began to understand that many hardened gamblers are resistant to criticism and attempts to rationalise their behaviour in order to be made to see sense. Years of agreeing with criticism of their behaviour had allowed them to build up a persona where they could easily deflect inquiry into their habits. Their fear of being ridiculed by their peers had lead the psychologist’s subjects to be conditioned into automatic responses that actually hid their true feelings about gambling.

According to cognitive theory however, heavy slot machine players must have some set of beliefs that maintain their gambling despite any heavy losses they suffer. Usually they believe at some level that they have some kind of special skill or way of interpreting fortune, often through feelings or supposed psychic premonitions. The problem for psychologists looking to study this kind of behaviour became how to break through this investigative barrier.

In the 1980s an experimental psychologist known as Robert Ladouceur was able to come up with a method of studying the thoughts of gamblers whilst they play slot machines. Rather than relying on the standard interview or questionnaire approach, he simply asked players to vocalise their thoughts whilst spinning the reels of their favourite game. This way he discovered, as was suspected all along, that player’s suffer from irrational thinking in their strategic approach to the game.

As you’d expect, Ladouceur found the gambler’s fallacy to be one of the main types of irrational thought. This is where a slot machine player literally believes that every loss they incur takes them nearer to a win. This kind of thinking is usually accompanied by the idea that games go on streaks or rushes of wins, allowing a player to believe their luck has actually come in. It can often be seen in fruit machine fans who will often repeat the mantra “it’s going to pay” as they continue to push money into the coin slot. Of course, the truth is that every single spin on a slot machine is random, and each one has the same probability delivering a jackpot.

Ladouceur also discovered that slot players also like to personify the games they’re playing. This is an incredibly common behaviour amongst all kinds of gamblers, who like to actually talk to their game as if it’s a real person, and their pleas will in some way influence its outcomes in their favour. This can range from begging, with players calling to some mysterious fateful force, imploring it to ‘just give them that one win’, through to more aggressive rants, where players will command a game in the harshest of language to do their bidding. When their luck changes, it’s often even more amusing to hear the same players talk to  their game as if it were a treasured lover.

In our opinion however, we believe that ultimately the force driving most people to gamble is anticipation. The feeling that a small risk might pay off in a mighty fashion. According to the 1995 Australian study we mentioned early in the article, most significant slot machine wins are actually spent outside the casino on other items or services, as a kind of reward for a player’s good fortune. If you ask most people what they equate with a millionaire’s lifestyle, they’ll talk about a sun-soaked life living on a desert island surrounded by good people and good parties.

Any kind of gambling gives the player the feeling that they might be able to access this kind of luxury in an instant and spontaneous fashion. When they play a big money progressive machine, such as Mega Moolah or one of IGT’s Megajackpots slots, they’re playing because they believe they have a chance of winning that top jackpot. The thought of what they might do with all that money – how it will change their life and how they will spend it is the driving force behind every single press of the spin button.

AUTHOR BIO: David Newstead is all to familiar with the thought patterns of slot players – after all he’s an avid fan of these machines himself. In his writing however, he prefers to take a more reflective view of these games, as can be seen in his many industry articles and his review site www.slotsonline.co.uk

David Newstead investigates the mind of the average slot machine player.  Talk to them on the surface and they will claim that they know these games are tilted in the house’s favour – so what’s really happening when they spin the reels of their favourite games? If you wish to submit your own editorial please contact Bill Beatty.