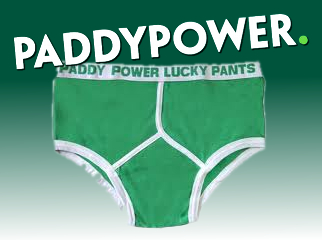 Irish gambling outfit Paddy Power said 2013 is off to a roaring start, with revenue up 20% over the first four months of the year. Paddy held its annual general meeting in Dublin on Tuesday, which was preceded by the release of a positively buoyant interim management statement. Retail revenue at Paddy’s betting shops is said to have risen 8% but online revenue rose 29% thanks to 33% growth in online active customers. The addition of Paddy’s Italian online operations in May 2012 added 3% to Paddy’s overall net revenue growth. Paddy chairman Nigel Northridge said Paddy now holds a 6% market share in Italian online sports betting.

Mobile sports betting was a key factor in driving up the online numbers, with mobile accounting for what Northridge called “an industry leading 42% of total online revenue.” Mobile’s share of gaming revenue rose to 26% from 9% at the same point last year. Online sports betting on the whole saw revenues rise 36% despite turnover being up a more modest 19% over the same period. Northridge said the online sportsbook’s better than expected performance helped the decision to pay out in February on Manchester United winning the Premier League.

Last week, PR Week reported that Paddy had launched a review of its corporate brand to improve delivery of its message in regulatory and governmental communications. In January, Paddy appointed Catherine Colloms as its first director of corporate affairs, and Colloms said there was a need for a rethink on “how we tackle some of the bigger issues affecting both the company and the industry.” Paddy has found itself doing battle with local councils in the UK intent on blocking the addition of any more betting shops on their high streets. Colloms acknowledged that Paddy’s “consumer brand is so strong that it can dwarf everything else,” and while Paddy’s corporate reputation is stellar in its home territory, “that has been slightly lost in translation in the UK.”

Does this mean we’ve seen the last of the legendary Paddy promo stunts in the UK? Don’t bet your lucky pants on it, says CEO Patrick Kennedy, who told Marketing magazine that his promo team loves nothing more than to “think about how they are going to surpass what they did creatively the previous year and they do that.”

Case in point: it was just last week that Network Rail ordered the removal of a Paddy billboard outside Liverpool’s Lime Street Station after only three hours on public display. The ad, dubbed “Some Scouser has one wish left…”, featured a genie’s lamp next to a list of three items. The first two items – the names ‘Maggie’ and ‘Fergie’ – are crossed out, reflecting the recent funeral of former Tory Prime Minister Margaret Thatcher and the retirement of Man U manager Sir Alex Ferguson. The lone remaining item on the list was “Liverpool to win the league 25-1.” Paddy had been planning to roll the campaign out on a national basis, but they might have to slap the signs on the sides of buses instead.