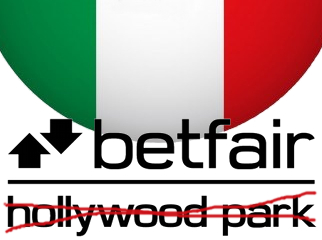 The US ambitions of UK online betting exchange Betfair took a hit on Friday following the announcement that California’s Hollywood Park racetrack would run its last race on Dec. 22. The announcement was not unexpected, as the track’s owners Hollywood Park Land Co. have long expressed a desire to develop the Los Angeles property into something that actually makes money. Regardless, the news comes just one year into a five-year naming rights deal Betfair had with the track.

California has been something of a dead zone for Betfair, which has spent over $10m preparing to offer exchange wagering in the state via its US horseracing subsidiary TVG. But despite the state having passed exchange wagering legislation nearly three years ago, Betfair has yet to take wager one thanks to squabbling among the local tracks and horsemen associations. The California Horse Racing Board approved the necessary regulations in December, but the Thoroughbred Owners of California aren’t scheduled to vote on the matter for a few months yet.

Betfair has struggled since announcing its withdrawal from some significant ‘grey’ markets, but when God and/or CEO Breon Corcoran closes one country’s door, he opens another’s window. Spain approved exchange betting in April, although there’s no launch date, while Italy’s finance minister gave exchange betting his seal of approval in March.

Italy’s exchange betting regulations were published in its Official Gazette on Thursday, confirming that exchanges will be allowed to offer wagering on the same events as regular bookies. Exchanges have also been spared having to pay the 2%-5% turnover tax imposed on Italy’s fixed-odds bookies. Instead, exchanges will face a 20% tax on gross profits (operator commissions), the same scheme applied to virtual bets, which Italy approved in February.

Not long after Betfair issued its upbeat trading update this week, analysts at Nomura raised their target price on Betfair stock from 766p to 883p. Deutsche Bank went one penny father, raising their Betfair target from 725p to 884p. Despite the enthusiasm, it’s worth noting that much of the improvement in Betfair’s update was the result of some serious personnel cuts, a rabbit Betfair (hopefully) won’t be able to pull out of its hat next time.

In the four days following Monday’s bank holiday, Betfair shares gained 6.27% to close out the week at 898p, its highest point since March 16, 2012. For the year to date, Betfair’s stock is up 30%. Friday’s closing price was also higher than the 880p price in the original takeover bid by CVC Capital Partners that Betfair rejected in April. Under UK Takeover Panel rules, CVC has until Monday to sweeten its offer.