Home / Poker / Were The Season XI WPT ‘Ones to Watch’ Really Worth Watching? 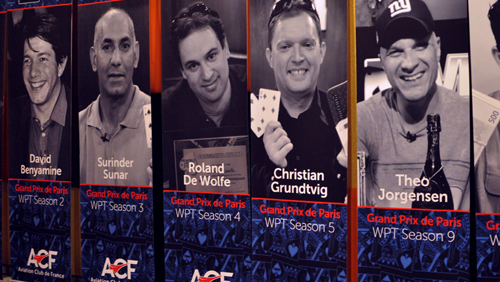 When I think about televised poker it’s the World Poker Tour (WPT) that always springs to mind. I have images of the chopper flying through the skyscrapers, cut scenes to some of the most exotic places in the world and the likes of Ivey, Mortensen, Negreanu and Hansen winning obscene amounts of cash cradled tight to the bosom of some of the most beautiful women in the world. Then there was the tag team of Mike Sexton and Vince van Patten. Mike always reminded me of Vince McMahon, the owner of the WWE, whilst van Patten had a bit of James ‘Sonny’ Crockett about him.

These days I watch poker for a living and so just like an adult star probably doesn’t want to get down and dirty with her other half after a hard day at the office, I don’t want to watch poker on television; that and the fact that I don’t own a television. But I have heard the production is as classy as ever. I also hear that for the past few season’s part of the television coverage is expanded to cover the ‘WPT Ones to Watch.’ A group of prospective WPT winners that have been recommended by the production team at the WPT.

This season the ones to watch were Shaun Deeb, Dee Dozier, Brian Hastings, Jason Koon, Xuan Liu, Amanda Musumeci, Alex Phahurat and Jason Somerville. Season XI is comprised of 24-events and 11 of them were selected for television coverage. Despite the WPT being truly global, with events being held in Africa, North America and Europe, only two events from outside the US were filmed for television in Paris and Venice. Maybe that’s why, of the eight ‘ones to watch,’ only Xuan Liu spends any length of time playing on the European circuit, a decision I think is a good one when a quick glance at the WPT Player of the Year scoreboard is extremely US-centric with the exception of the two-time WPT winner Marvin Rettenmaier.

The WPT might have gotten it right by choosing players that predominantly play on the US circuit, but I’m not so sure they got the cast right. Of the eight players that the WPT chose, three of them were female. When you consider that the ratio of men to women playing in the poker industry is so wide, one can only draw the conclusion that the ladies were selected more for their look than their skill. That’s not to say that the ladies don’t have any skill because the results of Xuan Liu and Amanda Musumeci speak for themselves, but it would still seem that the fact that the ‘Ones to Watch’ are covered on TV must have played a factor when choosing Liu, Musumeci and Dozier given the large demographic of men playing the in the poker industry.

Some of the choices seemed sensible. Nobody could have argued about the inclusion of Shaun Deeb for example. The former online multi-table tournament (MTT) world number one came into the season in fine live form. He had an outstanding World Series of Poker (WSOP) finishing sixth in the $10,000 Pot-Limit Hold’em (PLH) event for $84,668 and then cutting a deal with Gus Hansen to take the $1 million in cash in the Big One for One Drop satellite, thus allowing Hansen to take his seat in the world’s biggest game.

“Poker to me is the greatest game ever. There is always something new to learn. It’s like a virus that keeps on changing,” said Deeb during his TV segment.

Rumor has it that Deeb rarely featured in any of the 24-events and with just three events remaining in the season only holds a 41st place finish in the recent WPT Seminole Hard Rock event. So it’s a big thumbs down for the man Brian Hastings said carries the tag of: “Winning everything online and nothing live.”

Hastings was another decent choice who thinks he was selected because: “I’m a talented poker player and a fun player to hang out with.” But despite all of that he was also coming off the back of a WSOP high after winning his first bracelet in the $10,000 NLHE Heads-Up event for $371,498. Hastings popularity spawned from his online exploits, and with only one cash after coming 38th for $7,632 at WPT Jacksonville you have to say he was another let down.

Dee Dozier and Alex Phahurat fall into the ‘who and why?” category. The only thing I know about Dozier is that she loves to sing and has a dog called ‘Gamble,’ but with only $52,318 in live winnings to date and no discernable form going into the new season I am dumbfounded as to why she was selected, backed up by the fact she didn’t cash in a single event. It was the same with Phahurat. Maybe my lack of experience on the American circuit clouds my judgment but he was a new name, a new face and once again another player who couldn’t find a single cash with 24-events to choose from. Two more thumbs down making it four from four.

I first came across Amanda Musumeci during the WSOP this summer. It was a great series for her after she made two final tables recording a eighth and second for tidy profit of over $500,000. The lady who plays poker because it ‘gives her hope for the future,’ was another disappointment, however, with only one cash when she finished 14th at WPT Montreal for $25,028.

The final lady selected was Xuan Liu. I first met Xuan during WPT Venice in the year that Alessio Isaia took the title. I was also there when she made her mark finishing in third place at EPT San Remo, and according to the people who know more than me about poker, she is pretty good at what she does. I think Xuan was the stand out pick for me. She looks great, draws interest from the Asian market and had made final table appearances at both the PCA and WSOP. It’s just a shame she didn’t feature in more events. An 86th place at WPT Montreal good enough for a cash, but at $6,764 I’m afraid Xuan Liu has to have a sticker marked ‘disappointment.’

Jason Somerville was another great pick. He had final tabled the LA Poker Classic at the back end of Season X and was one of the stars of the WSOP where he came away with over $500,000 in cashes, including a third place in the Big One for One Drop satellite that saw Deeb win a million. Somerville managed two cashes finishing 10th for $56,110 at the WPT Five Diamond, and 42nd place for $19,120 at the Bay 1010 Shooting Stars event in San Jose. With over $70,000 in cashes I’m going to give Somerville the big thumbs up.

Finally, we had Jason Koon. The man who turned Chris Moorman into a man telling the WPT watching public that “Poker turned him into a man.” Koon was the man with the most form and another great choice. He had a deep run in the Season X Seminole Hard Rock event before his best performance to date at the WSOP where he cashed in six events for over $200,000. Koon managed a 19th place finish at the WPT Legends of Poker event for $13,400 and a 22nd place finish at WPT Montreal event for $17,585, and so with two cashes to his name I’m going to give Koon the thumbs up also.

So there you have it. Thumbs up for Somerville and Koon and thumbs down for the other six and a ‘must try harder’ for the WPT when it comes to selecting the newest stars of Season XII. It’s difficult to choose players because there are just so many, but I would have definitely chosen Antonio Esfandiari, who features in a lot of the US events and was in the form of his life. Another player I think would have been a shoe-in had their been more TV coverage in the non-US events would have been Marvin Rettenmaier who was playing live tournament poker better than anyone in the world.