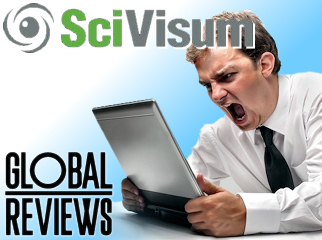 The internet has reportedly recovered from what’s being described as the largest distributed denial of service (DDOS) attack in history. Over the weekend, a Dutch web firm named Cyberbunker took exception to being labeled an email spammer by Geneva-based spam-haters Spamhaus, so Cyberpunker released the digital Kraken. Problem is, to ensure maximum impact, the attack not only targeted Spamhaus but also ‘peering’ network exchange servers, thereby inflicting collateral damage across the interwebz.

This week also saw Bitcoin-only online poker room SealsWithClubs taken down by a DDOS attack, although it has since recovered and is back in business. Being taken offline by digital hooligans is one thing, but what if customers were prevented from accessing your site by your own site design? A new report by web application testers SciVisum concluded that up to 10% of punters find themselves unable to place wagers with UK online sportsbooks due to the site’s own technical drawbacks.

The SciVisum Online Betting Study put 25 online betting sites under the microscope for a five-month stretch, with the group’s ‘mystery punter’ attempting to place a wager at five minute intervals throughout the day. As might be expected, the worst performances occurred during marquee sporting events. The top-three performing sites, which each fulfilled 99.9% of punter attempts, were Expekt, Centrebet and bet365. The worst performer, which SciVisum declined to publicly shame, failed to complete nearly 40% of SciVisum’s wagering attempts.

GLOBAL REVIEWS TAKES ONLINE BETTING SITES TO THE WOODSHED
Another study of UK-facing online betting sites conducted by customer experience researchers Global Reviews identified Irish bookies Paddy Power as coming closest to providing punters with the “perfect online journey,” defined as allowing customers to get the services they want with a minimum of fuss and wasted time. The Paddsters scored 62%, just edging out William Hill and SkyBet, who each scored 61%. The industry average was 57%, suggesting none of the top 10 sites was really going above and beyond the call.

In terms of customer recommendations, the numbers are grimmer still. Just 15% of punters would recommend a sports betting site to a friend, while 45% would actively discourage friends from visiting particular sites. Paddy Power again scored top marks, although ‘top’ in this case is a Web Promoter Score (WPS) of merely 5%, while 888.com ranked at the bottom with a -60% WPS. Global Reviews claimed that 80% of the brands in the study had a negative WPS score.

In practical terms, Global Reviews concluded that if 45% of punters are warning customers away from poorly performing sites, the result could be a net loss of £24m per month in potential business (based on ComScore data showing 4.4m visitors to UK online betting sites in January 2013 and GamblingData’s valuation of UK online betting revenue at £650m per year).

The betting sites’ biggest failure was at the “initial engagement” stage but Global Reviews’ principal client advisor Rebecca Jennings said “none of the players are providing a consistently positive experience from homepage through to opening an account and betting.” Jennings suggested this could be remedied “by making only minor amendments to their existing sites,” such as providing “reassuring content as to why betting with them is the best choice” through the use of “comparison tools, external awards, consumer opinions or press articles.”