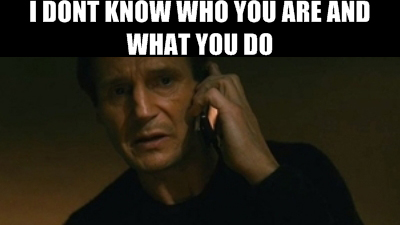 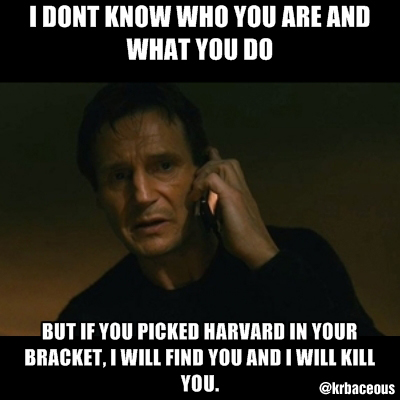 Just like that, millions of March Madness brackets were officially busted.

The first day of March Madness officially kicked off and chaos already ensued. And who do we have to thank for it?

Somewhere, Jeremy Lin must have an ear-to-ear grin.

The 14th seed Crimson kicked off the NCAA tournament with a shocking upset of 3rd seed New Mexico, 68-62, prematurely ending the title run of one of the favored teams to at least make it to the Final Four. We know you’re great at just about everything, Harvard. But do you really have to throw a monkey wrench on our brackets on the very first day of the tournament?

To be fair, Harvard wasn’t the only underdog that scored upsets on the first day of the tournament. Two number 12 seeds, Oregon and California, each moved past to the round of 32 with equally surprising wins against two heavily-touted 5 seeds, UNLV and Oklahoma State. Another 14 seed, Davidson, almost matched Harvard in sending a three seed home but Marquette, down five points with 30 seconds left, managed to pull one out of its hat to keep its tourney bid alive.

And then there was the different tale of the two number 1 seeds. While Louisville showed its might in dismembering and devouring a clearly overmatched number 16 seed in North Carolina A&T, Gonzaga had to rely on two late baskets to squeak past 16 seed Southern in what could’ve been one of the most memorable upsets in tournament history. But good fortune was on the Zags side and the important thing is it advanced, even if it clearly showed some glaring weaknesses that stronger teams can exploit in the later rounds.

In the end, Day 1 of March Madness clearly belongs to the Harvard Crimson, much to the dismay of everyone with a busted bracket. We know it’s impossible to pick a perfect bracket but could you have at least made it fun for all of us who now have to weep knowing that we didn’t even make it past dinner time to see our brackets go down the toilet?