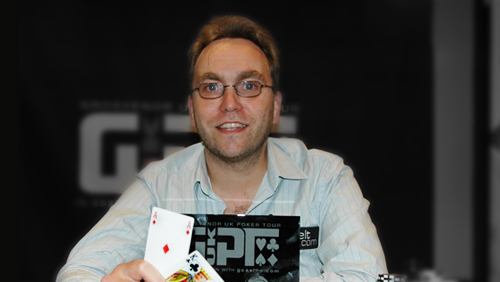 Neil Channing is one of the hardest working sports bettors in the business. Not only will you find him grinding the live tournament and cash game action at the poker tables, but he is also the owner of Black Belt Poker, and co-founder of the recently launched Betting Emporium, a sports betting tipping and training site that he operates with the Hendon Mobster Joe ‘The Elegance’ Beevers.

The Betting Emporium – which is currently free to register – has gotten off to a cracking start with Neil creating tips that have seen his followers earn +65 points in the first two days of racing at Cheltenham. We caught up with Badbeat to talk about his Cheltenham experience in this segment of the Sports Betting diaries.

What is your earliest memory from the Cheltenham Festival?

My first memory of the Cheltenham festival was watching Monksfield and Sea Pigeon in the 1979 Champions Hurdle. I was 12-years old at the time and didn’t have a bet.

Describe your relationship with the festival?

As a racing fan the whole season is now geared up to the Festival and I look forward to it throughout the winter months. I have a pattern of things I do and a time when I start to step up my bets that repeats as much as the seasons. Royal Ascot used to be very important to me (I was brought up close to the course), but now it happens while I am in Vegas (for the WSOP), it’s been replaced by Cheltenham and jumps races generally are more important to me than the flat.

For the readers who are not huge horse fans, what other sporting event would you liken Cheltenham to and why?

I don’t think of Cheltenham as a sporting event, but I guess the passion of the Ryder Cup is similar. The fact that it’s 27 races over four days now means I am totally consumed by it, in the way I was by the Olympics, and like that I’ll totally miss it when it’s over.

Are you a regular attendee or do you bet from afar?

I used to go throughout the eighties and nineties. In the eighties I would go one or two days from three and by the nineties I was staying all week. I haven’t been since 2004.

How much money do you invest in the Cheltenham Festival?

I usually invest a very high percentage of my net worth. There have been many years when I’ve been all-in on it. I’d rather not speak about specific amounts but the sums are dictated by what I can get on these days.

What is your greatest Cheltenham Festival memory?

My greatest memory was leaving the course after working as a bookmaker for three days in 1999. We literally could not stuff any more money into our pockets. It was all in £5s, £10s and £20s and I was worried we would get mugged or drop loads of it. When we got to the car with plastic bags full of money – all wet from the rain, we just laughed.

And your worst memory?

Worst was the first race of the 2002 Festival. I had £500 on Adamant Approach at 12/1 and he came to take it up at the last. It was my first race as a bookie in the front row of tatts and I so wanted a good start. I had laid the favorite Like a Butterfly really heavily as it was backed from 11/4 to 7/4. It was left to win the race when Adamant Approach flattened the last hurdle and fell.

Your biggest chunk of change won?

I have had a lot of seconds at Cheltenham. There have been loads of 100/1 placed and things like that. I really can’t think of one when I won a huge sum. I think my really decent wins, on just one horse, have all been on the flat.

Your biggest chunk of change lost?

I can’t find the year now, and the results, but we had one year (maybe it was 2002) when 12 favorites won. People were saying it was the worst ever meeting for bookies. That was painful.

Go on the Wednesday, as there is a more knowledgeable crowd and more room to move. Dash to your car and shoot off immediately at the end. The traffic is not that bad if you are quick as people always dawdle. Spend one race standing close to a fence to appreciate the speed of these amazing animals and the bravery of their jockeys, walk up the hill at the finish to see how tiring it is. Wrap up warm.

Worst types of bets that inexperienced punters make at Cheltenham?

Betting each-way in races that aren’t suited to that (15-runner handicaps, 7-runner races) and too many multiples of favorites.

Best things to do in Cheltenham when you are not betting?

I never really stay in the town. When we were working there we would stay in a village nearby and hit the local pub, sometimes playing cards.

My sister came to visit me when I was a student. She finally asked me how I was doing for money and it was the last day of a tough Cheltenham and I was pretty skint. I told her I’d lost an important book and I needed to replace it and she gave me a score. I was pretty sensible. The second she went I raced to the shops and had £10 on The Thinker at 13/2 for the Gold Cup. I’d taken 14/1 for £6 in the morning (leaving myself about £4 in the world). It came through the snow that year to win.

If you are interested in learning more about sports betting then register at The Betting Emporium for free tips from Neil ‘BadBeat’ Channing and Joe ‘The Elegance’ Beevers at www.bettingemporium.com.