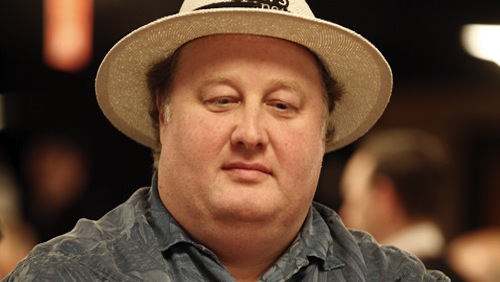 2004 World Series of Poker champion Greg Raymer was one of six men who was arrested at a Wake Forest hotel in a prostitution sting conducted by the Wake Forest Police Department.

A WFPD spokesperson told local station WTVD in Raleigh-Durham, North Carolina that Raymer was arrested after he was caught responding to an advertisement posted by undercover police on a website used by prostitutes. In addition to the man nicknamed “Fossilman”, the five other arrested individuals were identified as Kevin Scott Konarzewski, Barrett Lee Bennett, Robert Hancock, Gerald Barham, and Christopher Burell Shella.

In a statement, police chief Jeffrey Leonard explained the circumstances behind the sting operation, saying that “the locations prostitutes choose for this type of criminal activity vary and seldom remain the same for more than a couple of days at a time, which makes enforcement difficult”.  “In this instance, we conducted the operation at a local hotel with its full cooperation. We are not aware of this type of criminal activity ever occurring at the hotel. Our officers selected the hotel for the undercover operation at random.”

All six men face misdemeanor charges of prostitution and attempted crimes against nature with bond set at $1,000 for each individual.

Raymer rose to prominence in the poker circuit when he took down the 2004 World Series of Poker Main Event. Since then, he’s become one of the most prominent and accomplished poker players in the world, amassing career winnings of $6,487,512 with numerous titles under his belt. More importantly, the man is considered one of the nicest and most accessible poker players around so to his name involved in something like prostitution is a little shocking to say the least.

We’re not about to cast any aspersions on what he was doing when he got busted. We just hope that he can put this behind him and return to the poker tables where he’s at his best.