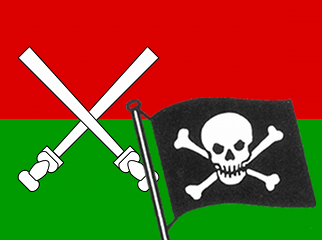 Macau’s designation as the sole jurisdiction in China in which casino gambling is allowed may be coming to an end, according to industry analysts. iGamiX Management & Consulting’s latest Macau Gaming Gazette said the recently opened and just as quickly shuttered ‘cashless casino’ on the island province of Hainan was indeed a test by Chinese authorities of expanding casino gaming’s reach beyond Macau. What’s more, IGamiX managing partner Ben Lee says nine more cashless casinos were “waiting in the wings” to see how the ‘test’ played out.

Lee told GamblingCompliance that before the Jesters ‘casino bar’ at the Mangrove Tree Resort Sanya Bay was shuttered following a high profile report by Reuters, its opening had been “sanctioned by Beijing.” Lee said Jesters would likely reopen once the furor died down and similar facilities would open following the completion of Jesters’ trial run. Lee believes Beijing will ultimately authorize the transition of these cashless casinos to real-money gambling, but will do so in stages rather than “dump the remaining licenses on the market in a short timeframe.” While companies like Caesars Entertainment and MGM Resorts have established presences on Hainan, Lee suggested the gaming licenses would be restricted to domestic companies. (That sound you just heard was Caesars CEO Gary ‘I turned down a Macau casino license‘ Loveman banging his head on his desk.)

Until Hainan flips the real-money switch, Chinese gamblers not interested in making the trek to Macau have a new option. A new cruise line running between Shanghai and Taiwan will offer 1,500 passengers the opportunity to gamble on the high seas. Star Cruises, a wholly owned subsidiary of Genting Hong Kong, has a fleet of five ships, each named after a different sign of the zodiac. The Superstar Gemini was recently refurbished to add a casino on Deck 10. The Superstar Libra also recently installed a casino on its Deck 5, which includes restricted VIP gaming areas. The Macau Daily Times said Star Cruises intends to operate the Shanghai to Taiwan route between April and October, making stops in Korea (Jeju and Busan) and Taiwan (Keelung, Taichung and Kaohsiung).