Home / Business / Atlantic City numbers down in January 2013; Betting in bed at Borgata 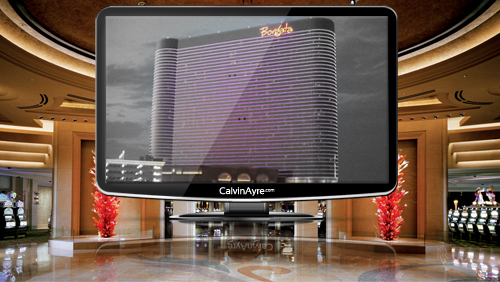 The calendar may have already flipped pages, but it’s still the same dreary and disappointing state of affairs for Atlantic City and its casinos. The struggling casino destination in New Jersey is still on taking in less and less money from gamblers with their January 2013 revenue numbers continuing on that trend. For the first month of 2013, the AC’s casinos generated $205.6 million in revenue, 13.2 percent worse than their performance in the same month a year ago.

Of the 12 casinos in Atlantic City, only the Atlantic Club, which PokerStars is in the middle of acquiring, generated positive revenue figures, increasing its total by 15 percent to $9 million. The Golden Nugget Atlantic City’s numbers didn’t improve, but they didn’t go down either, remaining at $9.6 million. As for the rest, well, that becomes an interesting game of “who fared worse?”.

A contender to win that dubious title is the Trump Plaza Hotel and Casino, which saw a dramatic decrease in revenue to just $4.8 million for the month, a 40.8-percent drop from their January 2012 performance. Bally’s Atlantic City fared a little better than Trump Plaza given the circumstances, with a percentage loss of “only” 29 percent to $17.6 million. Harrah’s Resort Atlantic City and Caesars Atlantic City also saw its revenue figures drop by more than 20 percent with the former generating $26.6 million in revenue (down 22.6 percent) while the latter posting just $23.2 million (down 22.2 percent) for the month of January.

Even Borgata, far and away the “most profitable” of all the casinos, also saw its January 2013 revenue figures slip by 9 percent to just $47.1 million while the Tropicana’s The Tropicana Casino $18.2 million in revenue was just slightly down by 2.6 percent from their figures at the same time a year ago.

And then there’s Revel, the barely-a-year old resort and casino that has become the poster boy of Atlantic City’s struggles, generating less than $8 million in revenue, it’s second worst showing since it opened early last year and just a shade north of the $6.2 million it generated in November when the town was besieged by Hurricane Sandy.

All in all, you couldn’t have asked for a shakier start of the year for the AC’s casinos. If its January 2013 revenue figures is a sign of things to come, then you can pretty chalk another year of long faces down there in the Shore.

Borgata wants you to gamble from your hotel rooms

You can probably chalk this one up to a casino looking for whatever way to boost their revenue total. It certainly appears to be the case for Borgata who is set to become the first casino in the US to allow bettors to gamble on the TV of their hotel rooms.

Beginning on February 19, televisions at hotel rooms in Borgata will carry the E-Casino program, a system that will allow hotel guests with player’s cards to spend all their hours gambling while lying naked in bed. Oh boy. Guests will have to set up electronic accounts to do so, but should they get that all squared out, they can play the first batch of games that will be offered, including slots and a variety of video poker options.

Borgata is describing the E-Casino program as a way to get its hotel guests acclimated with electronic gambling with the hope that the technology can be expanded to mobile gambling on casino property and should Gov. Chris Christie finally approve the state’s Internet gambling bill, transition further into full Internet gambling.

“This puts us in a position to leverage the technology into true mobile gaming and Internet betting later on,” Borgata president and chief operating officer Tom Balance said. “We’re moving forward with the future of gaming, and this is that first step.”

The system is still subject to a 90-day trial period by the New Jersey Division of Gaming Enforcement and should everything run smoothly, the casino is expecting the in-room gambling option to provide a safe and easy alternative for its hotel guests to gamble without leaving their own rooms.

Whether these E-Casino programs can help improve revenue numbers for the casino is still anyone’s guess. But at the very least, they certainly need any help they can get.