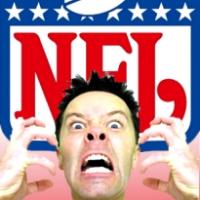 The 2012 NFL season hasn’t been kind on a lot of teams, but even their misfortunes pale in comparison to the beatdown Las Vegas bookmakers have had to endure for the entire season. To say that it’s been a horrible NFL gambling season for Vegas sports books is an insult to the word ‘horrible’. It’s been so bad that, according to the LA Times, the books are already calling this year their “worst year in memory”, one that saw a “staggering financial hit” from the NFL season.

If Jay Kornegay, the director of the LVH sports book, can go on record saying that he’s never seen a streak like this before, then you can take that to the bank. The ‘streak’ Kornegay is referring to is the incredible run popular – and favored – NFL teams have had in beating the point spreads during the regular season. Teams like the Denver Broncos, Atlanta Falcons, New England Patriots, and the Green Bay Packers – all public darlings – were all winners against the spread this season. Even the resurgent Washington Redskins and the Seattle Seahawks, two teams with minimal expectations heading into the season, posted the best ATS results for the year together with the St. Louis Rams at 11-5.

Exacerbating the sports book’s hits are all the parlays bettors hit by combining their picks of the favored teams with $20 bets sometimes raking in well over $1,000. Some parlays even had college football games – another black eye for the books – which shot up the added line to insane numbers.

“We know the general public now has tremendous sources of information, that the regular player is sharper than the guy 10 years ago, but we’ve never seen a streak like this before,” Kornegay told the LA Times.

Week 9 of the NFL season was particularly egregious and ended up becoming Murphy’s Law’s Day for Vegas sports books. The favorites finished 10-2 against the point spread, prompting Kornegay to say at that time: “I’ve been here (LVH Super Book) 8 1/2 years, and this is the worst day I’ve had.”

It even got so bad for MGM Resorts, incidentally, Las Vegas’ largest sports bookmaker, that they had to tap into its emergency funds just to pay off its losses.

The reprieve here is that, mercifully, the season is over. But the bad news is that a lot of teams that are in the playoffs were longshots to even make it there in the first place. Thus, fans of the Seattle Seahawks, the Minnesota Vikings, and the Indianapolis Colts, could well be in possession of a certified lottery ticket. The Seahawks, in particular, are making the books quake in their boots after their recent run of dominance has made them a legitimate dark horse to win it all.

The problem for the books? The Seahawaks opened at 75/1 odds to win it all. And what happens if we somehow end up with a Seahawks-Colts (as high as 200/1 odds back in September) Super Bowl?

We’ll chalk it up to Murphy’s Law on PEDs.

NFL players are opting out of the season over COVID-19 concerns
Erik Gibbs
28 July 2020
.