3 charged in Ottawa gambling bust all released on bail 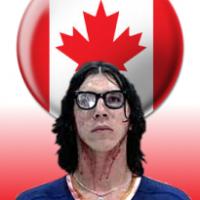 Following up on the organized crime bust in Ottawa that saw the arrest of 21 people involved in running an illegal online gambling website, three of the 18 people charged, namely Benedetto Manasseri, Stephen Parrish and Gary Saikaley, all posted bail over the weekend amounting to $10,000 each. That’s on top of their sureties, which were also required to shell out the same amount.

The investigation, which was launched in September 2010 by the Royal Canadian Mounted Police, in conjunction with the Ontario Provincial Police and Ottawa Police, was billed as “Project Amethyst” and was created to bring down the said gambling website that was operating out of Ottawa. According to the RCMP, the website was in deep business as an illegal gambling operation, having handled millions in sports wagers over the past six months on the NFL, the NHL, and even the 2012 London Olympics.

As for the three who posted bail over the weekend, all of them are facing numerous charges, including “conspiracy to commit an indictable offense”, “recording or registering bets or selling a pool, engaging in bookmaking or pool-selling or being in the business or occupation of betting”, and “willfully and knowingly sending any message that conveys any information relating to bookmaking, pool-selling, betting or wagering”.

Saikaley, in particular, has already been convicted of bookmaking back in 2006, a criminal account that saw him paying a fine of $22,500. Apparently, the man has yet to learn his lesson. The 49-year old  and one of his colleagues, fellow 49-year old Benedetto Manasseri, are each facing 18 charges for their involvement in the organized online gambling operation. In addition to the aforementioned charges, Saikaley has also been charged for his “involved in a criminal organization”. Meanwhile, Manasseri has likewise been charged of “committing extortion by threats, accusations, menaces or violence”.

For his part, the 45-year old Parrish is on the hook for 15 charges, including “recording or registering bets or selling a pool”.