Home / Sports / How can half a trillion dollars not be prevalent? 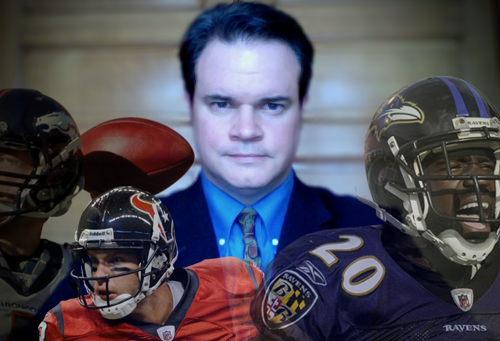 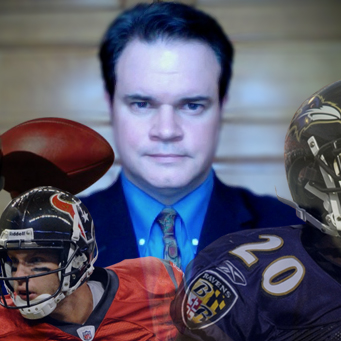 When the New England Patriots and St Louis Rams took to the field at Wembley Stadium on Sunday afternoon most fans will have been more bothered about the cheerleaders, the hot dogs and the football to worry about the wider context in which you could view the spectacle. On the way down Wembley Way, past the 10-foot high figures of Tom Brady, Rob Gronkowski, Steven Jackson and Sam Bradford there was something that didn’t really fit in as far as the NFL is concerned.

Being handed flyers for an online betting firm by a glamorous girl dressed to impress won’t have bothered most of the 80k+ in attendance. When it comes to the owners in charge of both teams taking part it may have been another matter.

Debate has been raging on the other side of the Atlantic Ocean for years regarding something that is as widespread as sharing a beer at a tailgate party – sports betting. After countless years of pretending sports betting doesn’t exist and shouldn’t be allowed to proliferate, the leagues are facing the realistic possibility that one state’s efforts will open the floodgate that is the Professional Amateur Sports Protection Act  (PASPA).

FEDERAL GOVERNMENT SHOULDN’T HAVE THE POWER

New Jersey is the straw that’s aiming to break the camels back when it comes to legalizing sports betting in North America. Their efforts to repeal the PASPA, an act that bans the practice in all but four states, is a key component to persuading the federal government that they be allowed to offer it to citizens in the state. Joe Brennan Jr., of iMEGA, is as familiar as any with the case. He has been fighting to have PASPA repealed for years and is clear as to why it has no place in US politics.

The leagues hide behind the façade that their issue with expanded sports betting is the need to protect the integrity of their game. Brennan is adamant there’s a lot more to it than that.

“The leagues are very much in control of their product. It’s how they make their money,” Brennan said. “They’re always the majority partner and as such have the strongest hand at the negotiating table. When you look at sports betting the leagues don’t have a strong hand and do not get any direct revenue from it.”

He continued: “There are a lot of individuals in the leagues that say they’re worried about the public perception of the leagues becoming tainted if sports betting becomes more prevalent. What NJ argues is how much more prevalent can sports betting become when it’s an almost half trillion dollar industry a year? It’s the most widely available form of gaming even if it a grey market economy. How much bigger can it get?”

ONE RULE IN ONE PLACE

Hypocrisy is one count that is being leveled at the major and amateur sports organizations and this is best illustrated by delving into the other sports business interests of a number of major sports team owners – namely those in charge at the Tampa Bay Buccaneers, Cleveland Browns, Boston Red Sox, St Louis Rams.

Brennan explained: “At the same time the leagues were filing this suit the Glazer family, via their humble football squad in Manchester, were announcing a stunningly large sports betting partnership with Bwin. Arsenal, controlled by Stan Kroenke, has two betting partners. All these guys own US franchises as well as English Premier League teams and have sports betting partners in England. Apparently in the US this is an existential threat to the integrity of their game.”

Brennan is also of the belief the whole case is becoming increasingly more embarrassing for the leagues as it continues to look as though their hand is getting weaker by the day.

“The process right now has, I think, really blown up in their faces. There’s been, historically, a kind of imperial indulgence that these guys have. Now you have a state like New Jersey that happens to host two pro football franchises and that states, and it’s governor, is commanding the owners to appear before a court and testify like common criminals to justify their position,” said Brennan, laughing as he finished.

Back to the case itself and Brennan is convinced that the choice of lawyers – two former US solicitor generals in the shape of Pat Olsen on the NJ side and Paul Clement on the league’s side – shows that both sides are in it for the long haul.

“You usually only see them when things to get to the Supreme Court. The fact they’re involved now speaks volumes of where the two sides think the legal battle will end up,” Brennan said.

Even before it reaches Supreme Court level, Brennan identified that states in the same federal district – such as New York and Pennsylvania – will make a “serious legislative effort” to move towards legalized sports betting. When you combine them with the likely efforts to pass legislation in California then you have “half of the US sports betting population” signed up to legalized sports betting. If anything it shows that US sports betting is very much a case of quality over quantity and in that vein it won’t matter much that only “one third” of US states will have passed legislation in five years time.

Once New Jersey has passed its bill, we will have passed a watershed for access to what is one of the final untapped resources of gambling revenue open to US states. The federal government won’t have a role in it and the final roll of the dice for the sports leagues will see them end up standing toe-to-toe with the state of New Jersey in the Supreme Court.