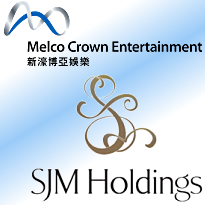 SJM Holdings Ltd., the market leader among Macau casino operators, has been granted a land concession contract from the Macau government that will allow it to build a casino on the region’s burgeoning Cotai Strip. The news came just one day after MGM China received its Cotai nod and eliminates SJM’s momentary stigma as the only one of Macau’s six operators not to have gotten the Cotai okay. SJM will pay the government 2.15b patacas (US $269m) for the contract, which is good for 25 years with options for renewal. In a filing with the Hong Kong stock exchange, SJM said the 70,468-square-meter concession “represents a milestone development for the group.” The company hopes the Macau authorities will be equally kind toward SJM’s plans for the new facility, which envisions 2,000 hotel rooms, 700 gaming tables and 1,000 slot machines. SJM hopes to start turning earth after the contract is published in Macau’s Official Gazette and expects it will take up to 36 months for the project to be completed.

While corks were popping at SJM HQ, crosstown rival Melco Crown Entertainment was busy announcing it had secured financing for its own Cotai project, Studio City. Studio City Company Ltd. (SCC) – which is 60% owned by Melco Crown, the joint venture of Lawrence Ho’s Melco International Development Ltd. and James Packer’s Crown Ltd. – says it has entered into a commitment letter with a group of mandated lead arrangers for US $1.4b senior secured credit facilities. Ho said the deal “represents an important landmark” in ensuring Studio City opens on schedule sometime in mid-2015. Assuming the Macau government plays ball, Studio City will feature 1,600 hotel rooms, up to 500 gaming tables and over 1,500 slots.

Both SJM and Melco Crown should factor in extra security costs, based on what their Cotai competitors are experiencing. The Macau Daily Times reported that Sands China’s Sands Cotai Central was the victim of a burglar(s) who made off with the copper taps from 73 of the facility’s fire hoses. The total value of the purloined property was estimated at 210k patacas ($26.3k). Meanwhile, police are keeping a sharp eye on the city’s mass-market baccarat tables, looking for anyone trying to place wagers entirely in crudely stamped pennies.