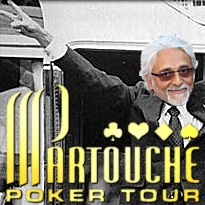 Recalling the 1962 “you won’t have [Richard] Nixon to kick around anymore” speech, Partouche Poker Tour (PPT) CEO Patrick Partouche has declared that the PPT season five finale currently winding down in Cannes, France would be the PPT’s swan song. The announcement, delivered in defiant terms to a hastily assembled press conference in Cannes on Thursday, came in response to accusations that the PPT had reneged on the event’s €5m ‘guaranteed’ prize pool. The brouhaha began earlier in the week after organizers announced that 580 players had bought into the €8,500 tourney, creating a prize pool of €4.3m. When some players pointed out that the event had been advertised as a €5m guarantee, organizers claimed these players were mistaken.

Problem is, in this digital age, such claims and counterclaims are easily sorted into fact and fiction. Several high-profile players, including Justin Bonomo and Matt Glantz, began tweeting screenshots of websites on which PPT officials could clearly be seen and heard offering a €5m guarantee. Making matters worse, it soon became apparent that someone was going around scrubbing said guarantee from websites, as if this was Orwell’s 1984 and the proles could be easily convinced that the weekly chocolate ration wasn’t actually shrinking, but rising. (Hail Oceania!) PPT officials then chose to debate the meaning of the word ‘guarantee,’ philosophical arguments that failed to convince anyone not named Partouche.

The PPT controversy is bound to have a spillover effect on the International Stadiums Poker Tour (ISPT), for which Groupe Partouche is handling the live portion of the online/live tourney. Also, Prosper Masquelier, the former head of Partouche Interactive, is one of the driving forces behind the ISPT along with Laurent Tapie. The ISPT had its own brush with controversy regarding its original claim that the ISPT’s inaugural event at London’s Wembley Stadium would have a €30m guaranteed prize pool, which was then whittled down to €20m and subsequently saw the word ‘guaranteed’ vanish from the ISPT website. The ISPT organizers were supposed to hold a press conference on Sept. 3 to provide updates on their progress, but the date came and went without a peep.

Anyway, below is Patrick Partouche’s Nixon speech. The English-language portion of the video below, complete with antagonistic audience banter, begins at the 4:30 mark. Our favorite part is when Patrick claims he won’t tolerate having people say “Partouche is a cheater,” which, due to his accent, comes out as “Partouche is a shitter.” Freudian slip?