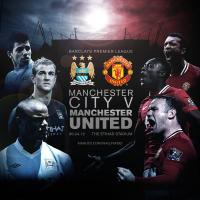 We’re going a bit football mad at CalvinAyre.com right now. Not only is the NFL season a little less than three weeks away, the Premier League woke us up from the Olympic Games hangover at the weekend with as much gusto as TEN Bloody Mary’s. Football is like the girlfriend that waits for you whilst you go on that lad’s holiday and is just as good as the first time you hooked up when you get back.

This season’s Premier League promises to be the most exciting ever with various sides deciding to splash the cash and go for broke before the new UEFA Financial Fair Play (FFP) rules come into play next year. Accordingly, we decided it the right time to ask you, the reader Who Will Be This Year’s Premier League Champions?

Last place with a disappointing 1 percent were Newcastle United.

Only just in front with 4 percent came Tottenham Hotspur.

The fence sitters followed, as Other polled 7 percent.

It seems some of you still believe Liverpool have a chance after 10 percent voted for the red half of Merseyside.

The same number, 10 percent, think Arsenal will win the title.

Then there were three.

Then we were down to the Manchester clubs.

Surprisingly, Man City could only come out in second place with 20 percent.

It meant Man Utd taking the title with a convincing 33 percent.

United finishing on top likely has a lot to do with the club’s decision to splash out the best part of £24million on last season’s top scorer Robin van Persie. Still smarting from the last day smash and grab title win by cross-city neighbors City, our readers obviously think they’ll have no trouble regaining the trophy.

For the current week’s poll we stick with the Premier League and this time look at the various international betting partnerships that have been signed. Asia is becoming increasingly more attracted to the Premier League and the amount of deals signed by Asian-facing sportsbooks is a testament to this. Which has signed the best deal though? You decide!